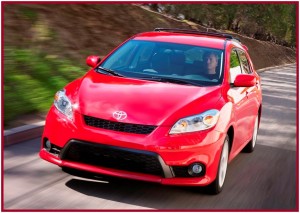 National image promotion with regional incentives to move the metal is starting this President's day.

Toyota launches a new advertising campaign on Monday emphasizing Toyota’s ranking as the best-selling retail brand in America. The “#1 For A Reason” spots will remind people why Toyota continues to be the top brand in new vehicle sales.

Toyota was alone among major U.S. automakers to post flat sales in 2010 as the overall market grew 11%. It was without question the most challenging time in the 53-year history of Toyota’s U.S. sales arm. Toyota stopped new vehicle sales at the end of January 2010 to conduct reputation damaging recalls for stuck gas pedals and unintended acceleration safety defects. More than 8 million vehicles were affected.

However, last month Toyota Division posted January sales of 102,996 units, an increase of 23.7% over the same period last year as the market increased 17%, which may or may not represent progress. At that time Toyota also announced it was continuing a variety of national and regional sales incentives introduced in December 2010 through March of 2011. (See Toyota Reports January Sales up 17%, as it Flings Incentive Gauntlet at Other Automakers with Cash and 0% Interest)

“We look forward to maintaining this momentum in 2011 as we continue to focus on fuel efficiency, value, quality and safety,” said Bob Carter, group vice president and general manager of Toyota Division, in a statement today.

“#1 for a Reason,” the name of the latest marketing effort, includes rebates and 0% financing for 60 months across most of Toyota’s core vehicles at a time when other makers are trying to remove cash on the hood to entice buyers.

The latest ad campaign will begin running at the end of this holiday weekend and continue throughout the month of March. Broadcast commercials and online media will roll out nationally on February 21, with print ads beginning in March.

The Toyota ad campaign will highlight some of the sales accomplishments Toyota vehicles have achieved throughout the many years of expansion in the U.S. Camry has retained sales leadership for nine straight years, with more than 90% of Camry models sold during the past 15 years still on the road. The mid-size Corolla sedan holds the title of best-selling car of all time with more than 8.6 million sold in the U.S. since it launched in 1968.

Notable third-party awards Toyota has received will also be listed. Camry, Corolla, Prius, RAV4 and Tacoma will have prominent roles.

Regional broadcast spots will also run at the same time, and will call out some of the reduced interest rates and zero-percent financing offers for customers. As an example there is now $500 cash for the aging Camry – due for replacement late this year – and 0% financing. There will also be a direct marketing program that will provide an additional $500 rebate to current owners.

Whether this works remains to be seen. And monthly sales reports on the kind of thorny image problems Toyota faces are not a good way to judge. It will take a couple of quarterly reports for any trends to appear.

“Loyalty and conquest rates have returned to historical pre-recall levels,” Carter said earlier this month when January sales were announced. Carter then went on to say that Toyota intends to grow at greater than market rates this year, thus flinging a gauntlet filled with marketing dollars at Chevrolet and Ford executives whose brands surpassed the Toyota brand in U.S. sales last year.