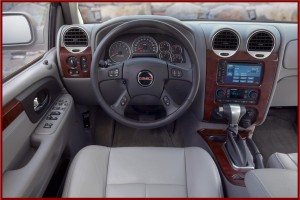 Rain or fluid may enter the driver’s door module, causing corrosion that could result in a short in the circuit board.

The National Highway Traffic Safety Administration has prompted recalls of more than 249,000 GM mid-size SUVs because of fires in the driver’s door caused by a defective electric window motor. Affected are 2006-2007 model year Buick Rainier, Chevrolet Trailblazer, GMC Envoy, Isuzu Ascender and Saab 9-7x models, all from the GMT360 platform.

NHTSA’s Office of Defects Investigation has received a total of 83 complaints, 66 alleging the door module had melted or burned, and the remaining 17 stating that the window switches acted erratically or were inoperative. Twenty-eight of the reports received have led to driver door fires, some of which allege the vehicle was keyed off and unattended.

Fluid may enter the driver’s door module, causing corrosion that could result in a short in the circuit board. A short could cause the power door lock and power window switches to function intermittently or break. The short may also cause overheating, which could melt components of the door module, producing odor, smoke, or a fire.

Critics of such regional recalls designed to hold down repair costs maintain that potentially dangerous vehicles are left unrepaired.