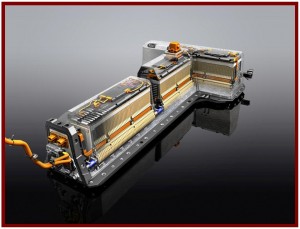 GM now has a post crash procedure that includes the de-powering the battery after a severe crash.

NHTSA said in a statement yesterday that is not aware of any real crashes that have resulted in battery-related fires in Chevrolet Volt models or other vehicles, such as the Nissan Leaf, powered by lithium-ion batteries. Nevertheless, the agency is concerned that damage to the Volt’s batteries as part of three tests “explicitly designed to replicate real-world crash scenarios” have resulted in two fires.

In May, a NHTSA contractor crashed a Chevrolet Volt in an NCAP test designed to measure the vehicle’s ability to protect occupants from injury in a side collision. During that test, the vehicle’s battery was damaged and the coolant line going to the battery was ruptured. When a fire involving the test vehicle occurred more than three weeks after it was crashed, the agency concluded that the damage to the vehicle’s lithium-ion battery during the crash test led to the fire. (See Chevrolet Volt Fire after Crash Prompts NHTSA Investigation)

In an effort to recreate the incident, NHTSA conducted three tests on the Volt’s lithium-ion battery packs that intentionally damaged the battery compartment and ruptured the vehicle’s coolant line. Following a test on 16 November that did not result in a fire, a temporary increase in temperature was recorded in a test on 17 November. During the test conducted on 18 November using similar protocols, the battery pack was rotated within hours after it was impacted and began to smoke and emit sparks shortly after rotation.

NHTSA said its forensic analysis of the 18 November fire incident is continuing. On Thanksgiving Thursday, the battery pack that was tested on 17 November and that had been continually monitored since the test caught fire at the testing facility.

The safety agency said in a statement it is currently working with Department of Energy, the Department of Defense and GM to assess the cause and implications of the fire. In each of the battery tests conducted in the past two weeks, the Volt’s battery was impacted and rotated to simulate a real-world, side-impact collision into a narrow object such as a tree or a pole followed by a rollover.

“The Volt is safe and does not present undue risk as part of normal operation or immediately after a severe crash,” said Jim Federico, General Motors chief engineer for electric vehicles, in a statement.

“G.M. and the agency’s focus and research continue to be on battery performance, handling, storage and disposal after a crash or other significant event, like a fire, to better serve first and secondary responders. There have been no reports of comparable incidents in the field,” Federico said.

Lithium battery safety in a plug-in hybrid, such as Chevrolet Volt, or pure electric automobile, such as Nissan Leaf, is based on a complex series of factors involving not only the battery design, but where it is placed in the vehicle; its discharge and recharge rates; cooling; as well as the software that governs the whole system, including detecting failure modes that cause the computer to disable or shut down the battery.

Since July, GM has implemented a post crash procedure that includes the de-powering of the battery after a severe crash, returning the battery to what it calls a safe and low-powered state.