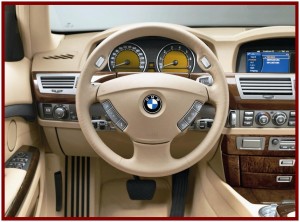 An investigation into a potential electronic glitch doesn't mean that a safety defect will be found.

The National Highway Traffic Safety Administration has opened a preliminary engineering investigation on 120,000 2002-2008 7-Series models because of one complaint of a BMW defect.

The Office of Defects Investigation said in a regulatory filing today that it has received a complaint from a consumer alleging a rollaway incident with a model year 2006 BMW 7-Series vehicle after parking and exiting the vehicle.

The BMW defect complaint vehicle was equipped with BMW’s Comfort Access electronic access and ignition system and an electronic transmission shifter with the gear selector mounted on the steering column. The filing said that the shifter is designed to automatically shift the vehicle to Park under a variety of conditions, including after the driver has pressed the ignition button to turn the engine off.