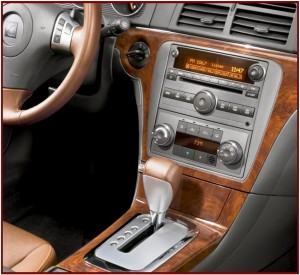 An engineering analysis started more than a year ago by the National Highway Traffic Safety Administration has now forced the recall of more than 426,000 General Motors passenger cars sold under the Chevrolet, Pontiac and Saturn brands.

The initial NHTSA safety defect probe goes back to May 2011 when an investigation was started because of accidents caused by the Saturn Aura sedan when its automatic transmission remained in gear even though the gear selector was in the “Park” position. At that time, NHTSA said at least seven accidents had been reported to the safety agency with no action taken by GM.

General Motors in response to NHTSA’s inquiry offered an extended warranty for 2007 and 2008 model Saturn Auras. GM initially maintained that only the four-speed automatic transmission on a few vehicles was potentially defective.

However, in a filing made public today, GM said that while preparing the legally required NHTSA requests for more data, it now concludes that a safety defect exists in 2007-2010 Saturn Aura models, as well as 2008-2010 Chevrolet Malibu and Pontiac G6 cars with 4-speed automatic transmissions. On all these vehicles, the tabs on the transmission shift cable from Kongsberg Automotive can fracture and separate, and the actual position of the transmission gear may not match what is indicated.

This GM safety recall is the latest example of the renewed vigor at NHTSA in harnessing the power of the web  after the Toyota unintended acceleration cover-up that saw former Toyota employees working at NHTSA thwarting  Toyota safety defect investigations at the agency. Congressional investigations – prompted by Toyota unintended acceleration fatalities – revealed this ethical scandal.

In the GM recall just announced, GM lawyers said that during the course of responding to EA11-015 from NHTSA, it “observed elevated shift cable warranty claims on certain GM models with a unique shift cable design produced by a new supplier starting the second half of the 2008 model year.”

Why the problem was not reported earlier, prior to the NHTSA request, was not addressed by GM since in my opinion it would be admitting a self-incriminating failure to comply with the prompt recall requirements – five business days – under the federal motor vehicle safety requirements. Similar lapses at Toyota, BMW and Volvo have resulted in millions of dollars in fines imposed by the publicly embarrassed – post Toyota unintended acceleration hearings where it was called a “lapdog” of the automakers – NHTSA.

GM claims that from May 2012, through early June 2012, GM studied warranty return parts to determine the cause of warranty claims. “Simultaneous to this activity, GM became aware of additional 2009 and 2010 model year shift cable warranty claims, and immediately broadened the investigation to comprehend the entire production range affected by the new supplier’s shift cable. Shift Cables from the additional build periods were collected and analyzed during mid June 2012 and July 2012.”