Nissan Blasts Ghosn as Unfit to Serve as An Executive

Posted on 7 January 2020 by Kenneth Zino 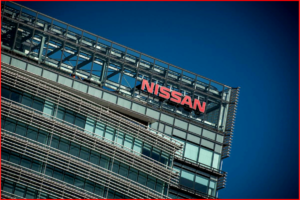 Now that Japan has returned from the New Year’s holiday break, Nissan finally issued a statement that said it “discovered numerous acts of misconduct by Ghosn through a robust, thorough internal investigation. The company determined that he was not fit to serve as an executive and removed him from all offices.”

Ghosn and his attorneys have repeatedly challenged the fairness of the so-called Japanese justice system, which uses solitary confinement and what looks to be forced confessions to western reporters. Ghosn had rich, powerful friends in business and the Lebanese Government, a country where he is the equivalent of royalty even down to appearing on a postage stamp. As a latter-day tycoon, he had numerous global connections at the top of the business and policy making elite. (Universal City Nissan Sues Saudi Billionaire, Khaled al-Juffali and Nissan Motor, Among Others, over Payoff by Carlos Ghosn)

“The internal investigation found incontrovertible evidence of various acts of misconduct by Ghosn, including misstatement of his compensation and misappropriation of the company’s assets for his personal benefit,” Nissan said.

“The consequences of Ghosn’s misconduct have been significant. In addition to his prosecution in Japan, the U.S. Securities and Exchange Commission concluded that Ghosn’s conduct, including his schemes to underreport his compensation, was fraudulent,” claimed Nissan.

“Investigations in France concerning possible misconduct are still ongoing,” said Nissan. It will continue “to do the right thing by cooperating with judicial and regulatory authorities wherever necessary.”

“Ghosn’s flight will not affect Nissan’s basic policy of holding him responsible for the serious misconduct uncovered by the internal investigation. The company will continue to take appropriate legal action to hold Ghosn accountable for the harm that his misconduct has caused to Nissan,” claimed the statement.