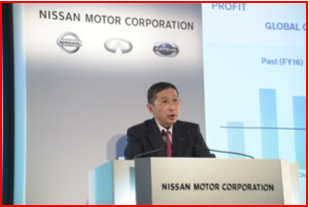 This is starting to sound like Judy Garland singing the Company that Got Away from the law:  “The road gets tougher… 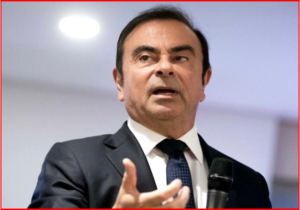 Details that are now known allege that from Japanese fiscal year 2009 through fiscal year 2017, Ghosn and former Representative Director Greg Kelly concealed a total of 9.078 billion yen in compensation payable to Ghosn.

Hiroto Saikawa is the latest casualty in the Carlos Ghosn matter that has turned into farce as investigations into Nissan corporate governance practices post Carlos Ghosn reveal layers of incompetence and/or malfeasance, as well as various degrees of criminal activity that are virtually unheard of in western corporations. (Was 2008 the Year When Carlos Ghosn Went Rogue? Ghosn’s Former Speechwriter on What He Did for Nissan – And What That Did to Him)

The move comes following a report from the beleaguered company’s Audit Committee that recognizes several instances of misconduct from the findings of the internal investigation that is only partially available publicly in filtered form. On May 14, 2019, Nissan belatedly issued numerous amendments to its past annual securities reports, correcting director compensation figures to reflect the amounts that should originally have been disclosed.

Details that are now known allege that from Japanese fiscal year 2009 through fiscal year 2017, Ghosn and former Representative Director Greg Kelly concealed a total of 9.078 billion yen in compensation payable to Ghosn.

Glossed over in what is a carefully edited legal document because the public and  undisclosed findings have potential dire consequences for Nissan are several other Nissan senior management actions that include:

In 2013, current Nissan CEO Hiroto Saikawa (at the time a representative director and executive vice president), made a request to Kelly and others to explore ways to increase his executive compensation. “Kelly and others did not directly meet the request, but did recalculate the amount of compensation receivable” from Saikawa’s share appreciation rights that had already been exercised for a fixed amount, and falsified documents to give the appearance that the share appreciation rights in question had in fact been exercised one week after the actual exercise date. The resulting difference in share prices on the two dates yielded an improper increase of roughly 47 million yen (after tax. Gross: 96.5 million yen), which was paid to Saikawa.

In 2013 and 2017, Ghosn’s share appreciation rights “were exercised at share prices from roughly two weeks prior to the day before their specified exercise date. This was done to take advantage of the higher share price on the date roughly two weeks prior to the actual date specified by the approved process, and as a result Ghosn received a total of roughly 140 million yen in excess of the amount that he should have received under the compensation calculation methods approved by shareholders.”

In 2013, the share price on the day directly before the specified exercise date was lower than the share price at the time of granting, and as a result Ghosn would not have been able to exercise his share appreciation rights profitably if he had done so under the approved process.

In 2008, before becoming a representative director, Kelly was granted a number of equity warrants (allowing him to acquire shares from the company at the share price on the exercise date of the warrants). He was not granted share appreciation rights.

In 2017, Kelly falsified documents to make it appear as if he had in fact been granted share appreciation rights in 2008, rather than equity warrants. Kelly then exercised these falsified share appreciation rights and processed them accordingly, and furthermore did so at a price based on a date prior to the actual date that should have been used (the day directly before the specified exercise date). By doing so, Kelly improperly received 7 million yen.