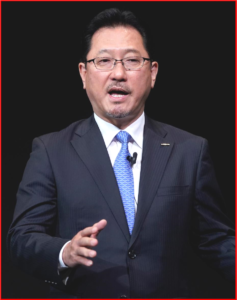 A top performer walks away from the Nissan Crisis.

Jun Seki, currently executive officer and vice COO has resigned from Nissan Motor Company. Nissan had no choice in AutoInformed’s view to accept his abdication. Reuters said Jun Seki reportedly plans to join the Japanese manufacturer Nidec – a Kyoto-based supplier of automotive components as president and chief operating officer. Speculation has it he left because he was passed over for the top job in the thus far ineffective Nissan turnaround.

This is the latest fallout, and far from last of the Ghosn matter. He was arrested and charged last year on numerous financial fraud charges, ones that he denies, as well as illegal executive compensation schemes.

The Nissan numbers are grim in a strong global market. Click to Enlarge.

The Nissan Corporate governance crisis is ongoing and comes as Nissan has started its new management under Representative Executive Officer, president and CEO Makoto Uchida as of December 1, 2019. Seki was to be a key executive in administering the turn-around that seeks to halt slumping sales, confusing brand images and expensive incentive programs.

Nissan is trying to “regain trust, restore the company’s performance and work on its business transformation,” it said in a terse statement.

Seki had more than 30 years with Nissan. Seki gained diverse experience across a number of Nissan’s business units and international markets. He has held roles including chairman of the Management Committee for China and president of Dongfeng Motor Company – the joint venture between Nissan and Dongfeng Motor Group in China; and as corporate vice president in MC-Asia Support. Following this, Seki served as Alliance senior vice president of production engineering, in which capacity he worked to maximize synergies within manufacturing.

Since May 2019, he has served as senior vice president of performance recovery at Nissan, leading the company’s efforts to increase profitability and performance both domestically and internationally. He is fluent in English and Japanese, but apparently not French.