Nissan to Keep Production and Employment in Spain 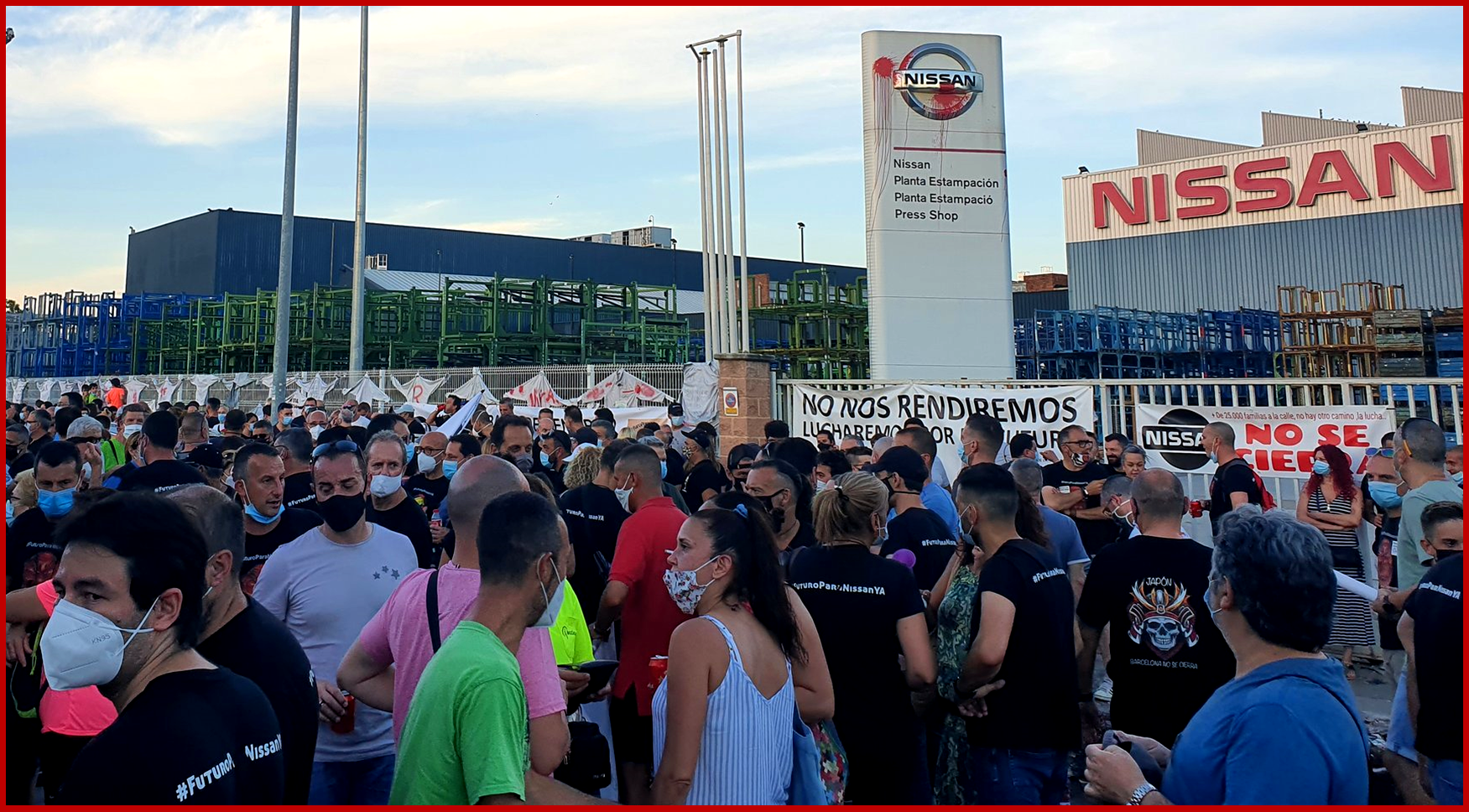 The workers’ refusal to go quietly played a significant role in winning the agreement.

The closure of the Barcelona factories was the direct result of a previously announced restructuring plan that would affect more than 12,000 jobs globally at loss-making Nissan, which has been hit twice – once from the Renault Alliance and Carlos Ghosn criminal matter and then COVID-19. (Nissan Posts -¥671.2 Billion Loss for Fiscal Year 2019)

The agreement is the result of gritty union actions. After starting indefinite strike on 4 May, unions mobilized a nationwide protest movement against the factory closures. A convoy of Nissan workers travelled across the country to build support for the struggle, and demonstrations were held at Nissan dealerships.

The workers’ refusal to go quietly played a significant role in winning the agreement. IndustriALL sent a solidarity message and recorded a video message in support of the Nissan workers.

Passionate negotiations between workers’ representatives and the management of Nissan Motor Ibérica (NMISA), with the involvement of the labor mediation service, started on Tuesday 4 August and lasted for almost 39 hours, until an agreement was reached on 5 August.

The agreement covers the Barcelona sites of the Zona Franca, Montcada and Sant Andreu production sites and the Nissan Distribution Center, representing about 80% of the Nissan workforce in Spain.

The agreement, which was approved in a vote by workers today (6 August), requires that there will be no forced redundancies until the end of 2021. The agreement allows different early retirement schemes for those over 51, and incentives for voluntary redundancy.

In parallel with the agreement, the unions claim that a re-industrialization project that would take care of Nissan’s workforce after the end of the agreement is in an advanced phase of discussion with the Ministry of Labor.

“After almost three months since the announcement of a total closure and without a solution, we consider that saving all the jobs, in this context, is a great deal. We regret the ways and the time chosen by Nissan to announce its departure, but our goal is jobs, and that an industrial center continues to exist, and this has been achieved. Unity has been key to this success,” stressed Raúl Montoya, secretary of trade union action of the Industry Federation USO.

IndustriALL General Secretary Valter Sanches said: “This is a particularly good result, won through brave struggle for almost 100 days, and tenacious negotiation on the part of the union team. The essential element is the link between this agreement and the proposed re-industrialization project. The redeployment of this skilled workforce must be part of a European Green New Deal that ensures that these skills and production capacities are not lost. We urge the labor ministry to pay close attention to the detail of this project.

“Most importantly, we must congratulate our affiliates on their unity, and the 2,500 workers who never gave up by singing #NissanNoSeCierra every single one of the past 100 days.”