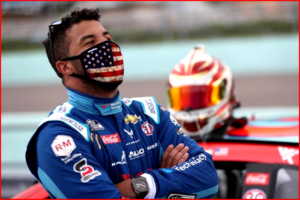 On a rainy Sunday in Alabama, the home of racist, segregationist George Wallace, Darrell “Bubba”Wallace Jr. – no relation to George – the only black driver in NASCAR’s top racing series was the target of the ugly racism that have seen many Americans peacefully demonstrating in protest of the legacy of the treasonous Confederacy and the slave owning culture it represented. (The FBI and NASCAR are now investigating – see comments – editor)

A noose was found hanging in Bubba’s garage where the #43 Petty Motorsports car with Black Lives Matter displayed over the rear wheels was serviced for the running of the crowd-less Talladega Superspeedway race. This, just a fortnight after NASCAR banned the traitor’s Confederate flag at all its events. The race ironically was postponed, just as justice for black people has been. (NASCAR Finally Bans Confederate Traitors’ Flag at All Races, Venues and Properties, NASCAR Ends Denial of COVID-19 Pandemic, NASCAR Bans Fans at Races, NASCAR Disavows Racist Confederate Flag)

NASCAR Race or Trump Rally? NASCAR, admirably, is trying to prevent Covid-19 spreading among its fans. Trumpsters are on their own in defying common sense hygiene.

Bubba Wallace immediately said last night “Today’s despicable act of racism and hatred leaves me incredibly saddened and serves as a painful reminder of how much further we have to go as a society and how persistent we must be in the fight against racism,” the driver, Darrell Wallace Jr., who is known as Bubba, said in a Twitter post Sunday evening.

NASCAR said it was opening an investigation into what was a limited access area “”Late this afternoon, NASCAR was made aware that a noose was found in the garage stall of the 43 team. We are angry and outraged and cannot state strongly enough how seriously we take this heinous act. We have launched an immediate investigation, and will do everything we can to identify the person(s) responsible and eliminate them from the sport. As we have stated unequivocally, there is no place for racism in NASCAR, and this act only strengthens our resolve to make the sport open and welcoming to all.” 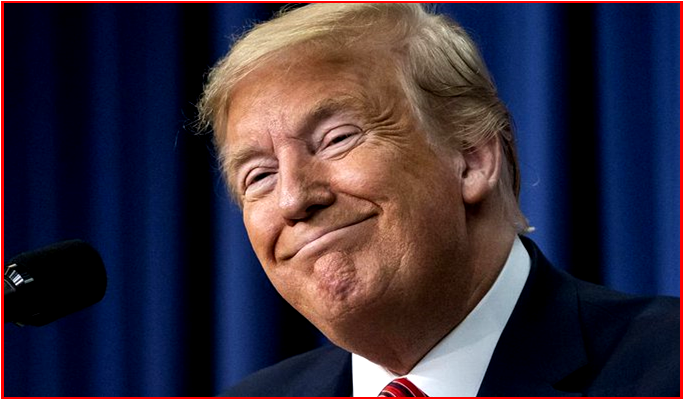 President Trump had no comment. The last president of the Confederacy?

Ken Zino is an auto industry veteran with global experience in print, broadcast and electronic media. He has auto testing, marketing, public relations and communications expertise garnered while working in Asia, Europe and the U.S.
View all posts by Ken Zino →
This entry was posted in AutoInformed Editorial, news analysis, people, racing and tagged Noose Found Hanging in NASCAR Garage at Talladega. Bookmark the permalink.

1 Response to Noose Found Hanging in NASCAR Garage at Talladega