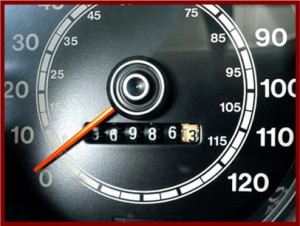 The odometer tampering indictment alleges that in one instance, the true mileage of the vehicle was greater than 100,000 miles more than what the title indicated.

The United States charged Francis Marimo, of Raleigh, NC with two counts of odometer tampering, according to the Department of Justice statement released today.

The charges were filed in U.S. District Court for the Eastern District of North Carolina on 10 April 2013, alleging that from 2008 through 2012, Marimo fraudulently caused odometers in used motor vehicles to be altered to reflect false, low mileages.

According to DOJ, Marimo purchased used vehicles primarily through online advertisements, replaced the existing odometers with odometers showing lower mileages, and then sold the vehicles to consumers while representing the low mileages as accurate.  One of the vehicles was “rolled back” more than 100,000 miles.

“Consumers rely on mileage readings to determine the value and safety of used vehicles,” said Stuart F. Delery, Acting Assistant Attorney General for the Civil Division. “Victims of odometer fraud lose thousands of dollars on what can turn out to be unreliable and potentially dangerous vehicles.  We will continue to prosecute these schemes wherever we find them.”

The North Carolina Division of Motor Vehicles and the National Highway Traffic Safety Administration Office of Odometer Fraud Investigation investigated this case.  The case is being prosecuted by the Justice Department’s Consumer Protection Branch.

The charges in the information are only allegations, and the defendant is presumed innocent unless and until proven guilty. However, The Office of Odometer Fraud Investigations that is part of NHTSA (since the practice has safety implications) has obtained 240 criminal convictions in more than 30 States. Prison sentences ranged from one month to eight years, criminal fines totaled more than $2.8 million, and court-ordered restitution totaling more than $10 million.