Posted on 2 November 2015 by Kenneth Zino 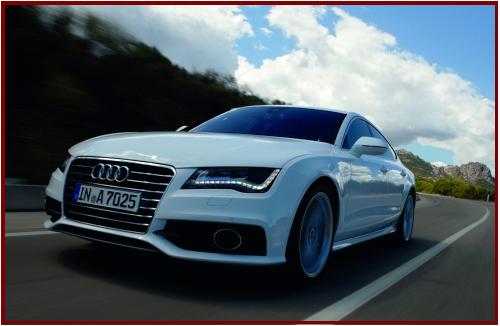 No end, or fix, in sight for VW Group diesel emission fraud.

The U.S. EPA issued today a second notice of violation of the Clean Air Act to Volkswagen AG, Audi AG and Volkswagen Group of America, Specifically included are Porsche AG and Porsche Cars North America in the growing allegations of diesel emission fraud.

The vehicles covered by today’s action are the diesel versions of the 2014 VW Touareg, the 2015 Porsche Cayenne, and the 2016 Audi A6 Quattro, A7 Quattro, A8, A8L, and Q5, among the most profitable vehicles at VW Group.

All five companies are accused of developing and installing a “defeat device” in VW, Audi and Porsche light-duty diesel vehicles equipped with 3-liter V6 diesels for model years 2014 through 2016 that increases emissions of nitrogen oxide (NOx) up to nine times EPA’s standard.

EPA and the California Air Resources Board (CARB) have both initiated investigations based on that covers 10,000 V6 diesels sold in the United States since 2014. In addition, the notice of violation covers an unknown number of 2016 V6 diesels. These alleged violations are in addition to an ongoing investigation by EPA alleging a defeat device on 2.0-liter diesel engines for 2009-2015 VW Group vehicles.

“VW has once again failed its obligation to comply with the law that protects clean air for all Americans,” said Cynthia Giles, Assistant Administrator for the Office for EPA’s Enforcement and Compliance Assurance.

“All companies should be playing by the same rules. EPA, with our state, and federal partners, will continue to investigate these serious matters, to secure the benefits of the Clean Air Act, ensure a level playing field for responsible businesses, and to ensure consumers get the environmental performance they expect,” Giles said.

VW is also dragging other diesel engine makers into the controversy. The California Air Resources Board sent letters to all manufacturers letting them know it would be screening vehicles for potential defeat devices.

“These tests have raised serious concerns about the presence of defeat devices on additional VW, Audi and Porsche vehicles. Today we are requiring VW Group to address these issues. This is a very serious public health matter. ARB and EPA will continue to conduct a rigorous investigation that includes testing more vehicles until all of the facts are out in the open,” Corey said.

“The United States Environmental Protection Agency (EPA) informed Volkswagen Aktiengesellschaft on Monday that vehicles with V6 TDI engines had a software function which had not been adequately described in the application process. Volkswagen AG wishes to emphasize that no software has been installed in the 3-liter V6 diesel power units to alter emissions characteristics in a forbidden manner. Volkswagen will cooperate fully with the EPA clarify this matter in its entirety.”

Ken Zino is an auto industry veteran with global experience in print, broadcast and electronic media. He has auto testing, marketing, public relations and communications expertise garnered while working in Asia, Europe and the U.S.
View all posts by Kenneth Zino →
This entry was posted in fuel economy or emissions, litigation, recalls and tagged autoinformed, autoinformed.com, diesel emissions, diesel emissions cheating, Ken Zino. Bookmark the permalink.