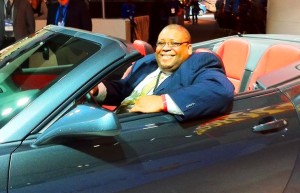 The NRC report recommendsthat NHTSA establish a technical advisory panel of people with experience in the design, development, and safety assurance of automotive electronics systems.

The growing use of electronic systems in automobiles creates new oversight challenges that the National Highway Traffic Safety Administration (NHTSA) must address explicitly and proactively, says a new report from the National Research Council’s Transportation Research Board. The Research Council’s study was requested after the widely publicized reports and Congressional hearings during 2009-2010 about sudden acceleration problems in Toyota and Lexus vehicles. During the hearings it was revealed that NHTSA had only one electronics engineer on staff as part of the Department of Transportation, which has an $80 billion annual budget.

While the NRC commentary released this week agrees with NHTSA’s conclusion that electronic throttle control systems (ETCs) were not a plausible cause of Toyota’s unintended acceleration problem, the NRC is worried about the safety agency’s competence in automotive electronics. NHTSA, of course, concluded that Toyota unintended acceleration was caused by drivers pressing the gas pedal by mistake as well as accelerator pedals sticking or becoming entrapped by floormats, which ultimately caused huge Toyota and Lexus recalls and subsequent record fines for Toyota’s cover-up of the deadly problem.

The NRC said “However, it is ‘troubling’ that NHTSA could not convincingly address public concerns about the safety of automotive electronics.  Relative to the newer electronics systems being deployed and developed, ETCs are simple and mature technologies. To respond effectively and confidently to claims of defects in the more complex electronic systems, both in present-day and future vehicles, NHTSA will require additional specialized technical expertise.”

One simple step – the requirement of electronic data recorders that would show the actual driver  or computer inputs immediately before and during an accident – doesn’t appear immanent. While this will end many false accusations used by product liability attorneys to garner huge fees from large lawsuits against automakers, there appears to be little appetite for the reform in lawyer- dominated Washington.

“NHTSA has already taken steps to strengthen its expertise in electronic control systems while expanding research in this area — and the agency has considerable experience dealing with vehicle electronics issues in its research, rulemaking, and enforcement programs,” said Lynda Tran a DOT spokesperson in response to the Research Council,

“It’s unrealistic to expect NHTSA to hire and maintain personnel who have all of the specialized technical and design knowledge relevant to this constantly evolving field,” said Louis Lanzerotti, Distinguished Research Professor at the New Jersey Institute of Technology and chair of the NRC committee that wrote the report.

The report recommends that NHTSA establish a standing technical advisory panel of individuals with backgrounds central to the design, development, and safety assurance of automotive electronics systems.

NHTSA said it will continue to “evaluate and improve every aspect of its work to keep the driving public safe, including research to assess potential safety concerns and help ensure the reliability of electronic control systems in vehicles. The agency will also further refine its strategic plan to address any potential technical and policy issues.”