Posted on 6 November 2018 by Kenneth Zino

West European car registrations fell by 7.3% year-on- year (YoY) in October , because WLTP (Worldwide Harmonized Light Vehicle Test Procedure) caught automakers sleeping and unable to sell vehicles previously certified but not able to pass actual road testing. As a result, sales were pushed into August, which seemed a good idea at the time but now looks to be a failed strategy because the homologation process is taking time. Some of the industry’s largest makers (and likely practiced cheaters such as the Germans) are still behind legalization. In early October 43% of the versions of models on the market had not been homologated, with the percentage only at 37% one month later.

As WLTP continued to cast a shadow over the new car market, the regional selling rate recovered, slightly, to 12.6 million units annually, from the nearly six-year low of 11.3  million units in September. 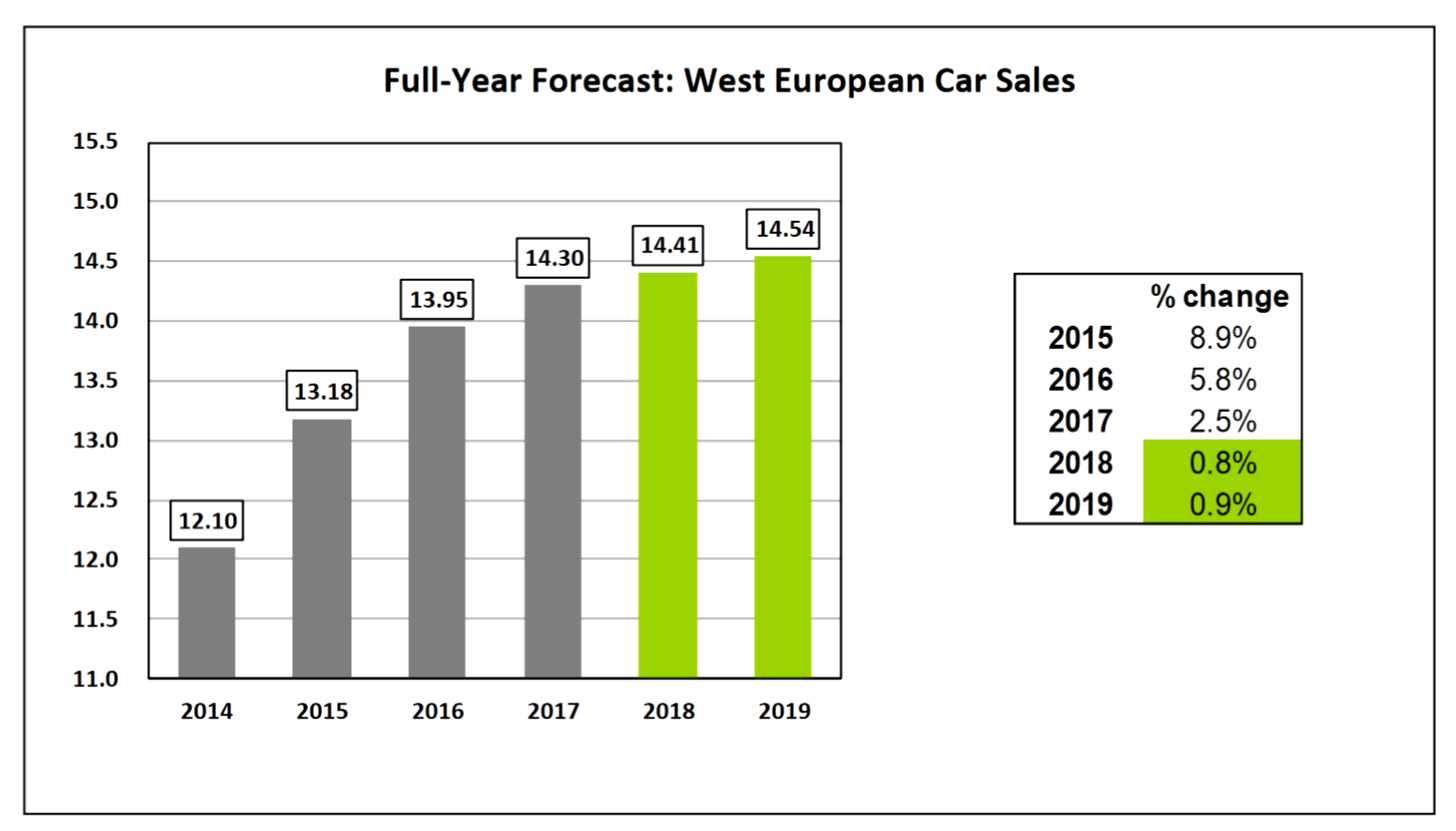 Given the persistence of falling sales in several key markets linked to WLTP-related disruptions, LMC now sees 2018 full-year growth of a mere 0.8%, a little lower than previously. In addition, with the prospects for economic growth now looking slightly weaker in some key markets, LMC have reduced the 2019 West European sales forecast in volume terms with YoY growth seen at, gulp. 0.9%.

Germany, the economic power house of  Western Europe currently in political chaos, and home of the Dieselgate scandal, saw new car sales fall 7.4 % YoY in October. This poor result reduced the year to date (YTD) gains made from 2.4% for the first nine months, to just 1.4% once October is included.

In Italy, registrations also slipped by 7.4%, and YTD sales are now down 3.2%, in what appears to be an increasingly fragile market.

In the UK, sales were down 2.9% YoY, with the selling rate staging a modest recovery to 2.2  million units/year.