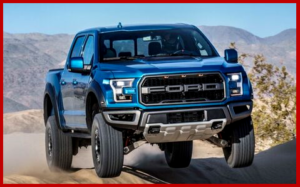 The Colorado ZR2 Bison is Chevy’s first collaboration with American Expedition Vehicles (AEV), said to be a premium off-road aftermarket manufacturer. Bison joins Chevrolet’s mid-size truck lineup as an all-new performance variant, a sub-species almost unheard of 20 years ago. Now the U.S.’ most popular and profitable segments for the Detroit Three, Chevy has gained more than a quarter of all mid-size truck sales in less than four years in the marketplace after having abandoning the segment by dropping the previous compact truck. ( Tom Brady Refuses Chevrolet Colorado as Super Bowl MVP. Pickup Goes to Malcolm Butler,  Chevrolet Colorado Midsized Pickup to be Made in Wentzville as GM Tries to Forget Bankruptcy, Hummer and Shreveport, New 2015 Chevrolet Colorado Mid-Size Pickup Debuts in LA)

In consecutive years, Colorado introduced the segment’s first diesel engine (conveniently ignores other GM vehicles), an all-new V6 gas engine/eight-speed transmission combo, the ZR2 “segment of one” off-roader and now the Bison. The 2019 Colorado ZR2 Bison goes on sale in January 2019, modified for extreme off-road use and backed by a full factory limited warranty. Pricing? Not yet – just assume it will be more than the $42,000 ZR2 or similarly priced Tacoma TRD Pro. (New 2015 Chevrolet Colorado Mid-Size Pickup Debuts in LA, and New Colorado ZR2 – an Off-Road Performance Pickup)

Trail Control can be activated at speeds from 1 mph up to 20 mph, and Raptor is the only pickup that allows the driver to operate Trail Control in all 4×4 modes. The new electronics can help overcome steep obstacles by automatically directing torque to each wheel, then braking to smoothly bring the truck down on the other side. It also can help in digging the truck out – if it happens to get stuck in extreme sand.