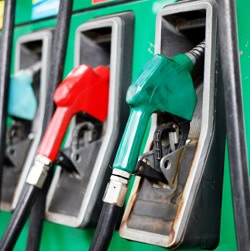 As always the fight is over who pays, now or later? Much money is at stake.

The National Petrochemical & Refiners Association filed a suit on Monday asking the U.S. Court of Appeals for the District of Columbia to overturn an Environmental Protection Agency decision to allow the sale of E15 ethanol fuel in cars and light trucks.

Organizations joining NPRA against EPA are the International Liquid Terminals Association and the Western States Petroleum Association. The suits contend EPA violated the Clean Air Act and the Administrative Procedure Act. EPA’s 13 October 2010 decision boosted the amount of ethanol permitted in gasoline used by cars and light trucks in the 2007 model year and later from the current 10% (E10) to 15% (E15).

Critics claim the 50% boost will hurt older engines, and since E15 will likely be priced lower than current E10 fuel, its use will become widespread. It could also require gas stations to add another fuel pump or recertify them and refiners to blend both E10 and E15.

Ethanol production is heavily subsidized by taxpayers, while imports of less expensive versions are effectively blocked by taxes. Critics of the subsidy say virtually all of it used in the U.S. comes from corn thereby raising the price of food.

“Allowing for the use of E15 blends is a safe and appropriate step toward meeting these goals.  The RFA will continue to press for the safe and effective use of higher level ethanol blends in both conventional as well as flexible fuel vehicles,” RFA said.

EPA is currently researching E15 use in older engines, and declined comment on the suit. The public comment period on the fuel ended yesterday even though a group of 24 organizations asked EPA to allow an additional 60 days for public comment. An EPA decision is expected this month.

The lawsuit by the refiners will argue that EPA does not have authority under the Clean Air Act to approve a partial waiver that allows the use of E15 in some engines, but not in others.

They claim EPA has acted unlawfully to allow a 50% increase in the amount of ethanol in gasoline without adequate testing and without following proper procedures.

NPRA and other groups have previously raised concerns about engine damage in cars, trucks, motorcycles, boats, snowmobiles, and outdoor power equipment such as lawnmowers and chainsaws that might be caused by E15.