With the debut of the new Chrysler Pacifica at NAIAS, FCA adds 37 minivan firsts in a segment that Hal Sperlich and his team created more than 30 years ago with the Dodge Caravan and Plymouth Voyager.

Rebadged and updated, the latest mom-mobile has an all-new platform with corresponding improvements in ride and handling than the current Dodge Caravan and Chrysler Town & Country. This is the result of a more robust structure that reduces the noise, vibration and harshness that traveling on decrepit U.S. roads generates. 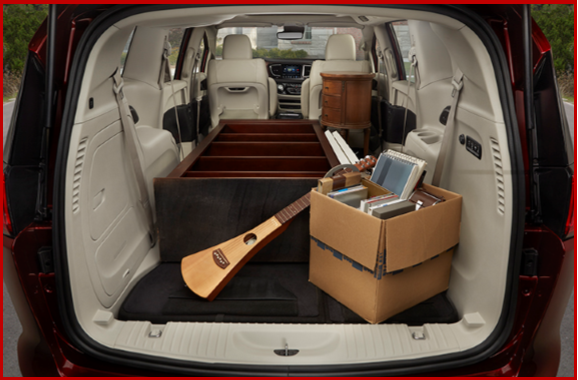 The Pacifica will offer two powertrains – the segment’s first hybrid vehicle, and a V6 gasoline engine, which is mated to a TorqueFlite nine-speed, electronically  variable automatic transmission. The Pacifica Hybrid is the industry’s first electrified minivan, perhaps catching the hybrid leader Toyota by surprise. It is expected to deliver an estimated range of 30 miles on electric power alone from a 16-kWh lithium-ion (Li-ion) battery pack. In city driving, it will reach an efficiency rating of 80 MPGe, according to Chrysler’s interpretation of U.S. Environmental Protection Agency standards, which awaits EPA confirmation.

Well, as always, customers will be the ultimate judge of the redesign and premium positioning of Pacifica – with pricing still an open issue. AutoInformed bets it will  be higher than the Chrysler Town & Country and Dodge Caravan minivans that Pacifica replaces.

Nonetheless, the timing is ripe for Pacifica. FCA has been losing its sales leadership in the segment for lack of a major redesign for seven years. During 2015 Caravan sales totaled 97,000 or – 28% from the year before. The Chrysler Town & Country at 93,848 was down -32% owing to the popularity of cross-over vehicles. Even Toyota Sienna at 138,000 and Honda Odyssey at 128,000 lagged in the minivan segment. Ford and GM abandoned it altogether years before.

That said, the new Pacifica “mom-mobile” has more than 100 standard and optional safety and security devices, including a 360-degree surround view camera (actually it takes four cameras to do this), parking assistance, adaptive cruise control and forward collision warning. Other standard or (expensive?) options include blind-spot monitoring, rear parking assist, a rear backup camera, and electronic stability control.

Reflecting the popularity of Pacifica among growing families, Pacifica has an optional rear seat entertainment system with built in games and connections for personal devices linked to onboard Wi-Fi and streaming content on two 10-inch touch screens. There are up to five seating positions, depending on trim level or options, that accommodate LATCH child safety-seat installation, the most in the segment. The driver has a 7-inch information display, an 8.4-inch touch screen, and Wi-Fi connectivity too.

The 2017 Chrysler Pacifica is available in six models and the Pacifica Hybrid in two. Pacifica will be available in dealer showrooms in spring 2016, with the hybrid arriving in summer. All models will be built at the Windsor Assembly Plant in Windsor, Ontario, Canada.

*While industry analysts credit Chrysler with defining one of the most popular segments of the late 20th century, the rear-drive VW Microbus comes to mind as a family wagon. Chrysler engineering teams – led by Hal Sperlich – offered a fwd model on a car platform with a sliding rear door that allowed the minivan to fit in suburban garages and transport children and all their stuff to activities. This changed kid carting forever. Ford management – notably HWF2 – had rejected Sperlich’s “mini-max” concept years before he left the company to join Chrysler where he developed the fwd K-cars that saved the company. Hal was personable, and with the media easy-going, but if you got into a technical debate over fwd v rwd – fasten your safety belt. He was a passionate advocate of fwd design because – in the case of the minivan it allowed a so-called one-box design that maximized space. <Ken Zino contributed to this story>