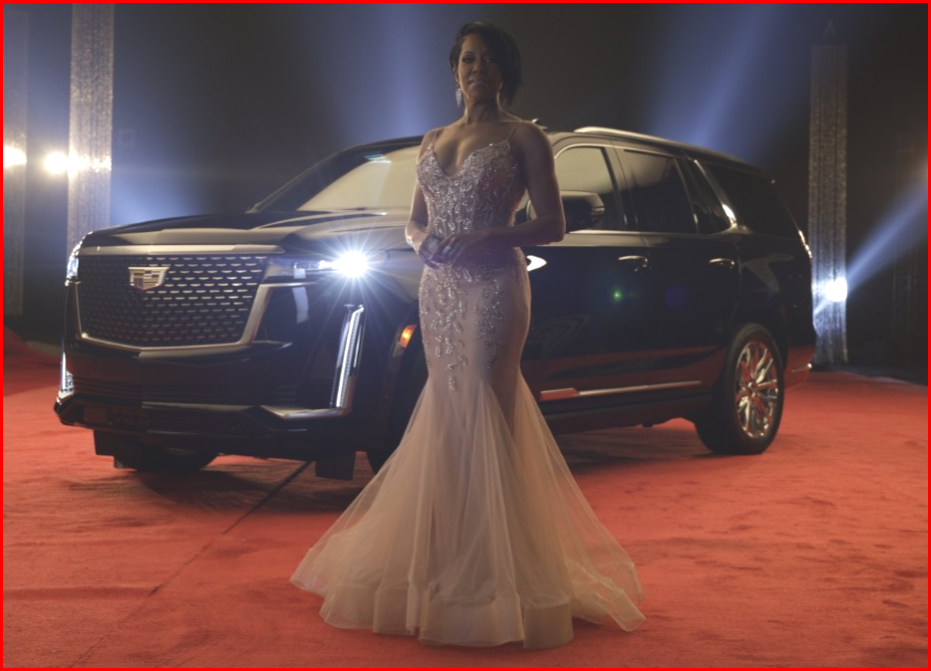 Girlz in the Hood…

Oscar-winning actress and director Regina King will help introduce Cadillac’s new “Make Your Way” ad campaign this Sunday during ABC’s presentation of the 92nd Oscars. King will tell the “Make Your Way” story of success achieved through strength and determination in a special spot with the all-new 2021 Cadillac Escalade, which was introduced Feb. 4 in Hollywood. (First Look – 2021 Cadillac Escalade)

“Cadillac has always represented success…there’s a swagger, a sexiness, to the vehicles. There’s also a realness and a sense of ambition that I identify with. Through sheer perseverance, I’ve found my way through doors some never thought possible. There’s a real connection for me with Cadillac, and that is why I wanted to get involved,” said paid pitch-woman King.

Two additional spots, “No Barriers” and “Finish Line,” will air during the Oscars broadcast, each with Cadillac’s new vehicle lineup, while celebrating the those who make their own way to success.

Cadillac has been part of the Academy Awards and its celebration of hard work and creativity for seven years, using the ceremony’s broadcast — which is second only to the Super Bowl in global viewership — to launch new products and brand campaigns.

The 2021 Escalade, launching in the third quarter this year in North America, is built in Texas – as befits its size – has been  redesigned to deliver improved driving dynamics and significantly greater passenger and cargo capacities.