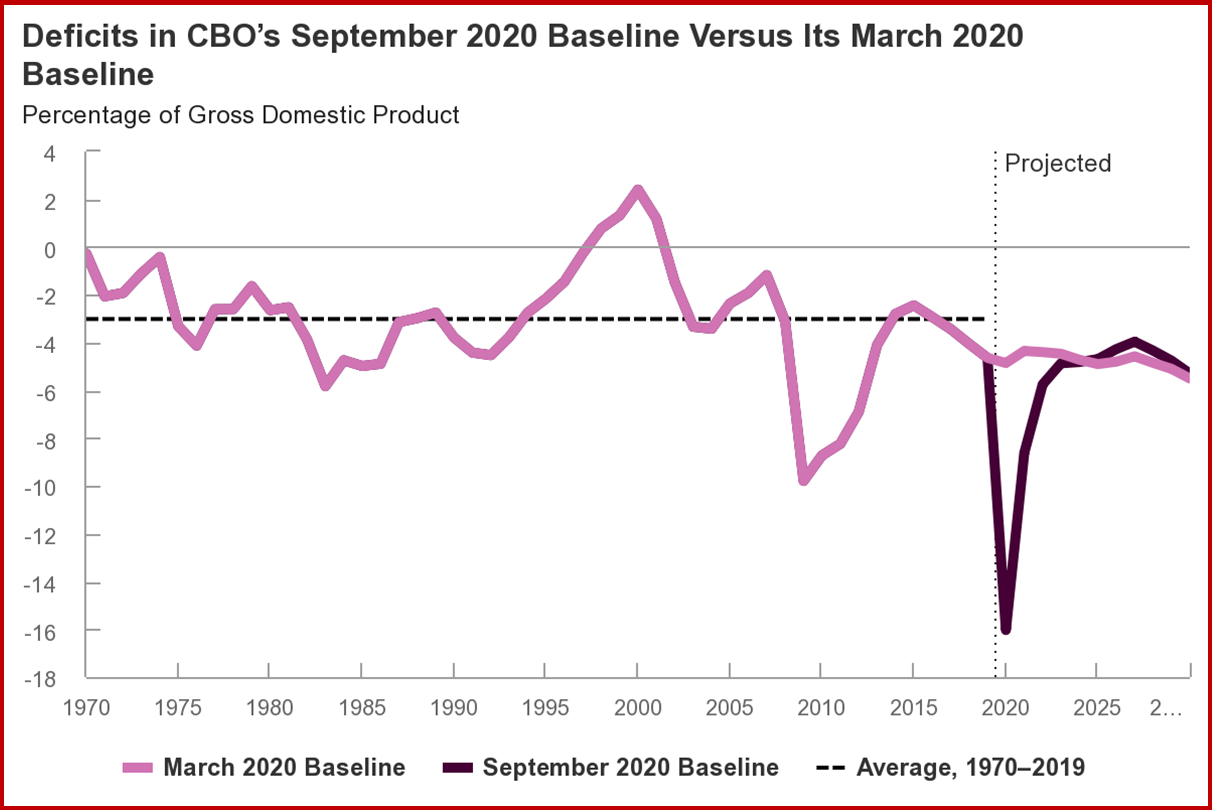 The Congressional Budget Office says the federal deficit is now projected to hit a record $3.3 trillion as government expenditures to fight Covid 19 and to support the collapsing economy have so far added more than $2 trillion in debt to US taxpayers. This does not include growing State debt, which will hit taxpayers as well.

It is now almost completely likely that US federal debt under the Trump Administration will exceed annual gross domestic product (GDP ) in 2021. The last time this happened was at the end of World War II, when amassed debt exceeded in value the size of the economy. 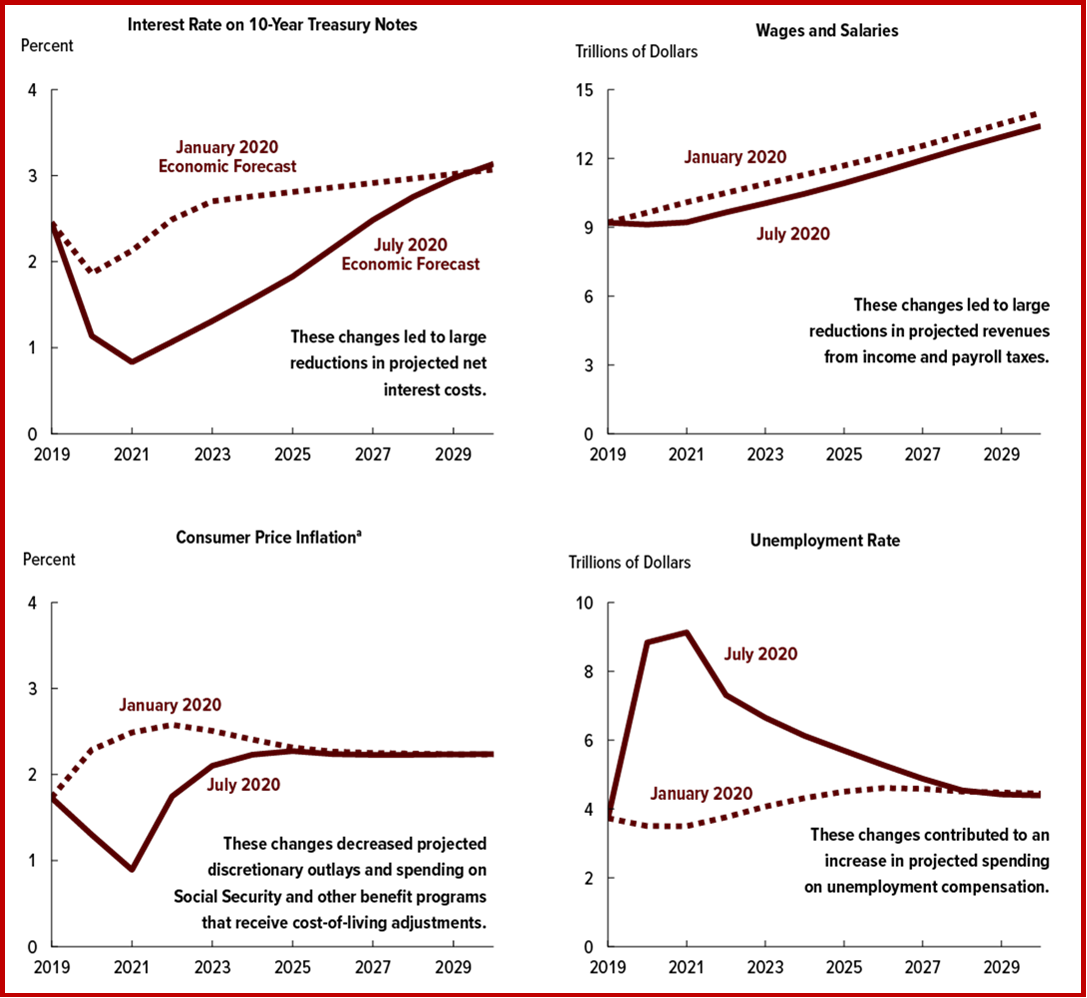 The $3.3 trillion number released Wednesday is more than three times the 2019 deficit. It is also more than twice the levels suffered after the market collapse caused by a failed Republican “free market” theory and the lack of Federal Regulation that caused the Great Recession of 2008-09, which the no-wealthy segments of the population never completely recovered from.

Best guess now – given there still is no national plan to attack Covid 19 – is that Federal spending, from the four corona-virus response measures enacted so far, would total $6.6 trillion –  at least $2 trillion more than 2019.