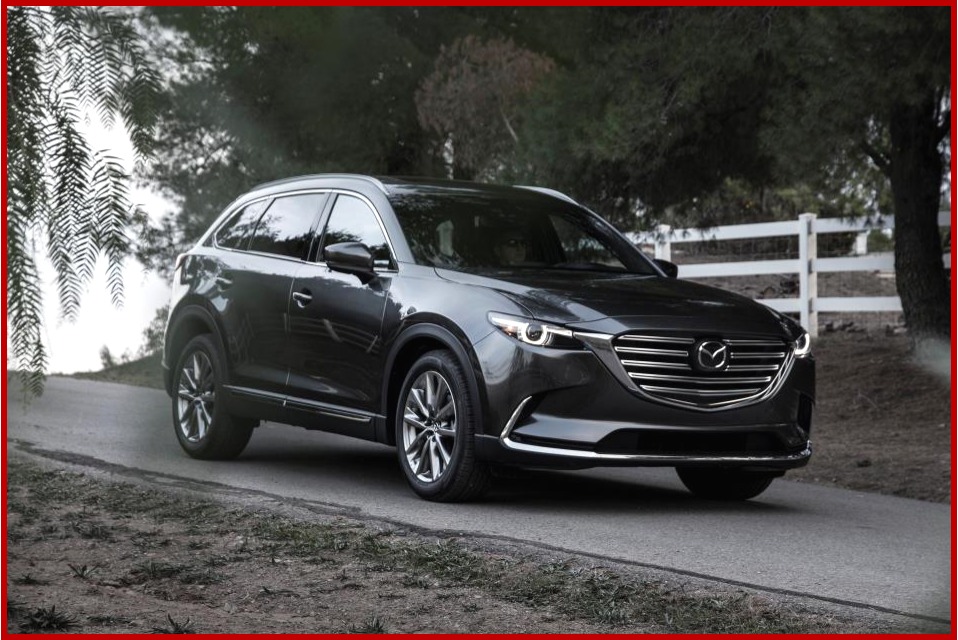 You can’t tell the crossovers without a scorecard. Mazda proved this as the latest global automaker revealing an entry into these burgeoning segments, in this case the mid-size CX-9 at the Los Angeles Auto Show.

This three-row seat CX-9 is long overdue for a major overhaul in an ultra-competitive field, but Mazda’s fragile financial position (net income -25% in Q1 of Japanese FY 2016) saw it mildly freshening the Ford Edge-based platform since its 2007 introduction. That’s a long time in car life years. Such vehicles turn into, well, dogs.

The people mover that has finally emerged is a highly-styled anti-SUV with an updated powertrain that joins the mainstream. CX-9 is designed for the North American market that is expected make up 80% of its global sales forecast of 50,000 units annually. However, in a slap in the face to the Mazda North America people who have and will move a high percentage of the metal, the press release came from corporate headquarters in Hiroshima, Japan. Um…

Arguably, this is justified since CX-9 is the first model to have Mazda’s new 2.5-liter direct-injection, turbocharged gasoline engine, whose marketing name is so absurd in North America, AutoInformed will not print it here. The forced-fed 2.5 is a complete rejection of Mazda’s previous anti-establishment approach that eschewed complicated and expensive turbocharging systems, optimizing instead existing naturally aspirated powerplants itself a forced-fed decision caused by yen-sense.

Remember you advertise and promote horsepower, but you drive torque as any EV owner can tell you. The drive should be fun, at least on paper, or is that a computer screen?

Some segment firsts are claimed to overcome Mazda’s late (last?) entry into forced induction. It’s the world’s first turbocharging system that can vary the degree of exhaust pulsation depending on engine speed, and a cooled exhaust gas recirculation (EGR) system that allows the engine to maintain an ideal air-fuel ratio 14.7:1 for gasoline (λ=1) over a wider output range.

Below 1620 rpm, the volume of the exhaust ports is reduced by closing a series of valves located just before the turbine that drives the turbocharger. This trims interference between exhaust pulses, and is said to maximize the energy of each pulse to produce a high turbine driving force. At higher engine revolutions, where there is sufficient energy in the exhaust flow the valves open, allowing the turbocharger to be driven by exhaust gases as in a traditional turbocharger. Whereas existing variable turbochargers adjust the speed or direction of exhaust gas flowing into the turbine, the so-called Dynamic Pressure Turbo is a unique technology that varies the degree of exhaust pulsation.

Cooled exhaust gas recirculation takes some inert exhaust gas from the combustion process and reduces its temperature via a cooler before introducing it back into the engine’s air intake. This lowers the temperature of combustion in the engine, preventing or at least delaying the onset of knocking This expands the range during which the engine can maintain the ideal air-fuel ratio, reducing the need to retard ignition timing, which decreases output and economy.

It should be noted that variations of these approaches to fine tune combustion are being pursued by all automakers. It is just a question of market introduction. Let the hype continue. The real results will be what is experienced on the road and at the pump by customers.

He has no other choice, no matter what segment Mazda competes in against far larger auto groups.

Ken Zino is an auto industry veteran with global experience in print, broadcast and electronic media. He has auto testing, marketing, public relations and communications expertise garnered while working in Asia, Europe and the U.S.
View all posts by Ken Zino →
This entry was posted in new vehicle and tagged auto news, autoinformed, autoinformed.com, Ken Zino, turbocharging. Bookmark the permalink.