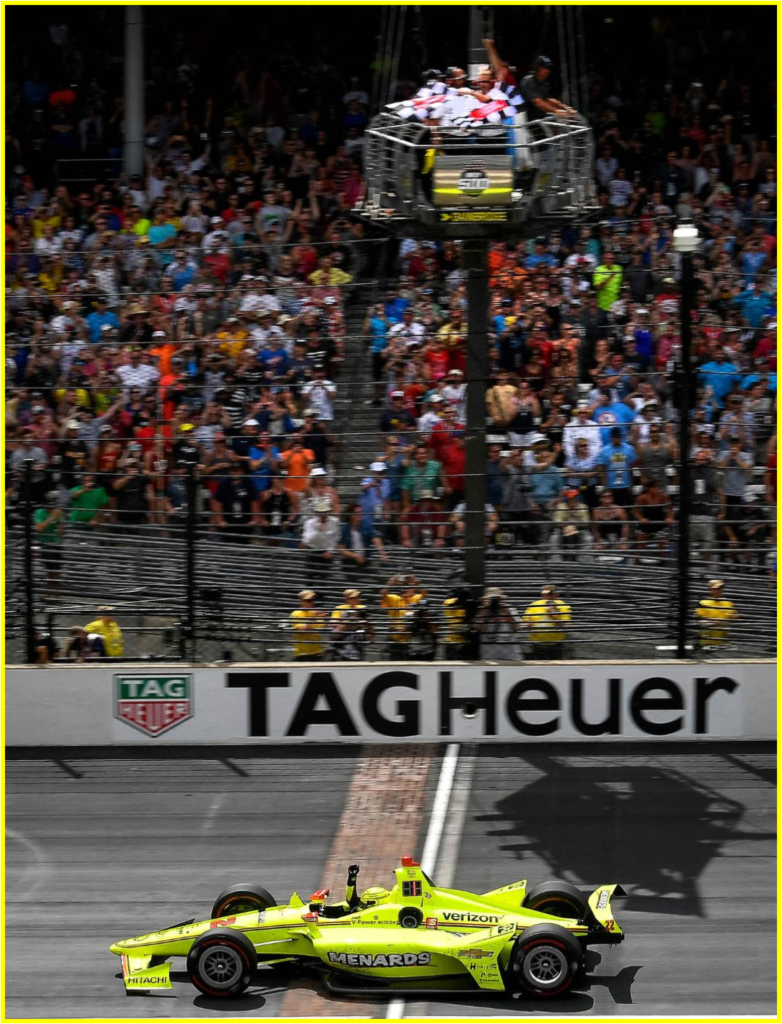 Simon Pagenaud, driver of the #22 Penske IndyCar Chevrolet V6, takes the checkered flag Sunday May 26, 2019, to win the NTT IndyCar Series 103rd running of the Indianapolis 500.

The 103rd running of the Indianapolis 500 was clear demonstration that Chevy Indy car Engines were more powerful than ones supplied by Honda. Still in a surprising show of driving skill Honda drivers – notably Alexander Rossi who swapped the lead with a maneuvering Pagenaud during the closing 10 laps – made for an exciting finish that lived up to the ever present Indy hype at Indianapolis Motor Speedway in Indianapolis, Indiana.

The win is the second straight for Roger Penske –  Will Power won in 2018 – who now has a total of 18 wins at the Indy 500, which is the most by any team and more than Chevrolet. It’s was the 13th Indy Car win of Pagenaud’s career and his first 500 checkered flag.

It truly was a Memorial Day Classic, having survived Tony George’s best attempts to kill the race with the ill-fated Indy Racing League fiasco. Nonetheless, the series, which used to dominate the sports pages during May is now only one racing event alongside the F1 Monaco Grand Prix (Lewis Hamilton in a Mercedes-Benz) and NASCAR’s 600-mile Charlotte race (Martin Truex in a Toyota won).