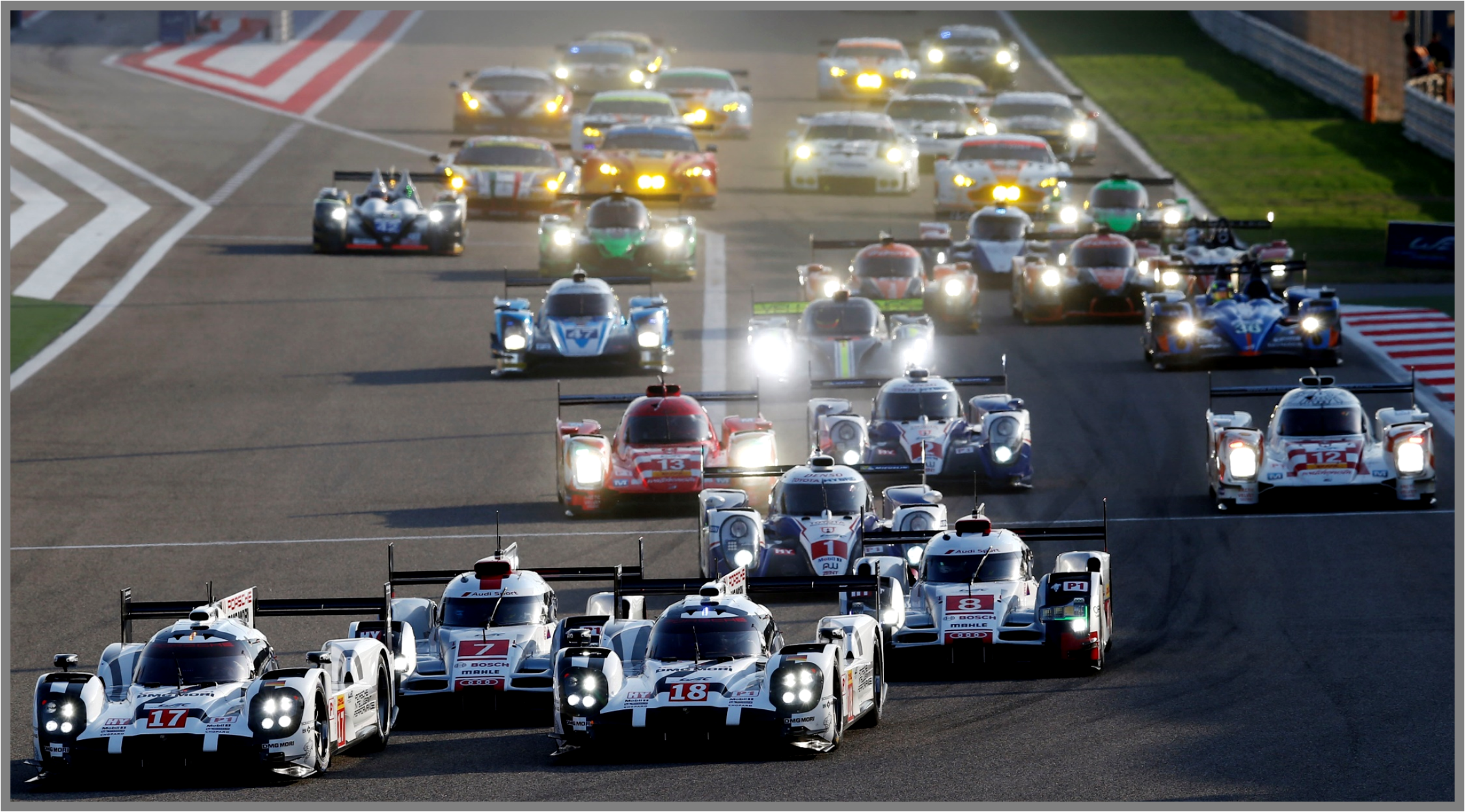 Bahrain was a challenge for Porsche though. At the start Lucas di Grassi (BR) in the number ‘8’ Audi R18 e-tron quattro led the race, trailed in second place by a sister Audi car. In these positions, Audi was heading for the title, as the Porsche of its championship rival had lost ground. However, when Loïc Duval (F) in the number ‘8’ Audi lost eight laps due to a brake disc defect, the championship runs was over. Fässler/Lotterer/Tréluyer battled up to the end of the race and saw the checkered flag in second place, while Timo Bernhard/Brendon Hartley/Mark Webber only needed fifth place for Porsche to win the title.

“Sincere congratulations to Porsche on their victory and to their driver trio on winning the title,” said Dieter Gass, Deputy Head of Audi Motorsport. “We delivered a thrilling season to the fans in endurance racing, in which Audi was leading the championship until the fifth race and battling for the title up to the last lap in the finale. The team’s performance this season was impressive but, unfortunately, in the end it wasn’t quite enough for the title.”

TOYOTA GAZOO Racing returned to the podium at Bahrainwhen Alex Wurz took third place in the #2 TS040 HYBRID he shares with Stéphane Sarrazin and Mike Conway. TOYOTA finished the year third in the manufacturers’ World Championship. Anthony and Sébastien are fifth, on exactly the same points as the #2 crew but ahead courtesy of more fourth places.

In the GT class for production-based cars where the Porsche 911 RSR runs, the competition version of the 911, the company won three titles: manufacturers’, Richard Lietz drivers’ title and Porsche Team Manthey won the team title.

Ken Zino is an auto industry veteran with global experience in print, broadcast and electronic media. He has auto testing, marketing, public relations and communications expertise garnered while working in Asia, Europe and the U.S.
View all posts by Ken Zino →
This entry was posted in racing and tagged auto news, autoinformed, autoinformed.com, endurance racing, Ken Zino, wec. Bookmark the permalink.