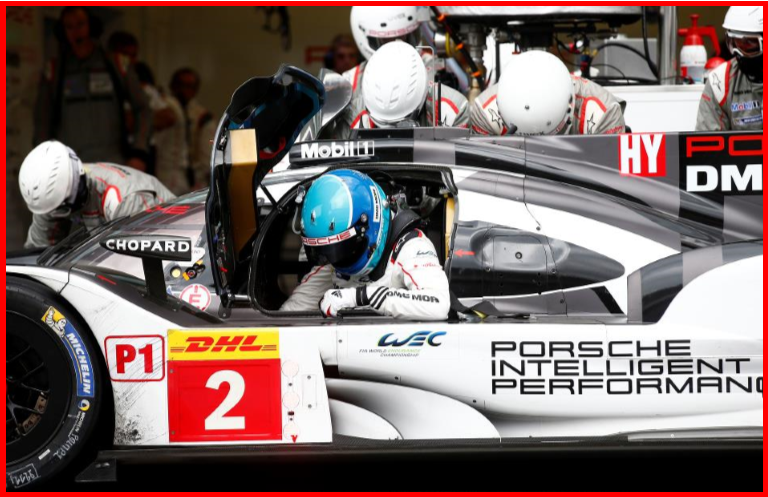 Two weeks after a Porsche 919 Hybrid won the debut race in Mexico City, the FIA World Endurance Championship heads to Austin, Texas this Saturday on the Circuit of the Americas at a combined WEC and IMSA SportsCar joint event. The sixth of nine rounds of the 2016 WEC sees Porsche successfully defending it 2015 manufacturer’s title, followed by Audi and a trouble-plagued Toyota team in the fastest LMP1 class. 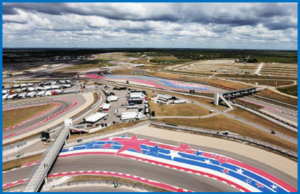 Circuit of the Americas, near Austin in the south of Texas. is 5.513 kilometers long. The six-hour race takes place with high ambient temperatures – +86F – and sunset occurs 2.5 hours after the start. It is a difficult track – 20 corners with diverse radii challenge the engineers who set up the race cars. There is 41 meters of vertical change between the lowest and the highest track sections. This is the only track on the World Endurance Championship calendar where the teams drive counter-clockwise. This strains different muscle groups of the drivers. The mechanics have to adjust their ways of working during pit stops.

Porsche leads the world championship by winning four races in 2016 – Silverstone, Le Mans, the Nürburgring and Mexico City. In the third season for its 919 Hybrid after five races, Porsche  has scored 201 points, Audi is second (158) and Toyota follows in third (112). The deficit at the top of the standings is currently 44 points, but it remains open. A maximum of 176 points can still be scored by the end of the season.

In the drivers’ world championship, this year’s Le Mans winning Porsche trio of Romain Dumas (FR), Neel Jani (CH) and Marc Lieb (DE) has extended Porsche’s lead to 41 points ahead of the best placed Toyota drivers. Audi drivers follow in third with 74.5 points. The second Porsche works drivers crew of Timo Bernhard (DE), Brendon Hartley (NZ) and Mark Webber (AU) recently achieved two consecutive race wins when Audi broke late in the races. They moved to fifth in the standings. The reigning World Champions have scored 53.5 points. There are 104 points are yet to be awarded before the end of the season – tough for them, but not impossible in endurance racing.

“COTA is a great track with a nice atmosphere and good mixture of very fast curves, long straights and tighter corners – it is like it is tailor made for our Le Mans prototype,” said Romain Dumas. “After we were strong there the last two years, I hope we will be in good shape again this year. The weather conditions can be unpredictable. Two years ago we had a tremendous downpour. If it stays dry we have to be careful with tire wear.”

Toyota says another podium finish is the goal at Texas. This following a competitive showing in Mexico when the #6 TS050 Hybrid of Stéphane Sarrazin, Mike Conway and Kamui Kobayashi took third place, and moved into second in the drivers’ World Championship. The Toyota Gazoo racing team will be back to full strength this week with Anthony Davidson returning after he missed Mexico due to bruised ribs. He joins Sébastien Buemi and Kazuki Nakajima in the #5, which did not finish in Mexico when it broke. As in Nürburgring and Mexico, the TS050 Hybrids will again use the ultra-high-downforce aerodynamic package which showed strong race pace last time out in changing weather conditions. Toyota’s endurance remains the question.

“I can’t wait to race in Austin after our performance in Mexico,” said Stéphane Sarrazin. “The whole package feels stronger now and I think we can fight at the front. I know the team has worked really hard to get back to this position with the ultra-high-downforce package and I appreciate that effort. It will not be easy in Austin but we will give our all to prepare the best possible car for the race and, like in Mexico, we will not stop pushing.” 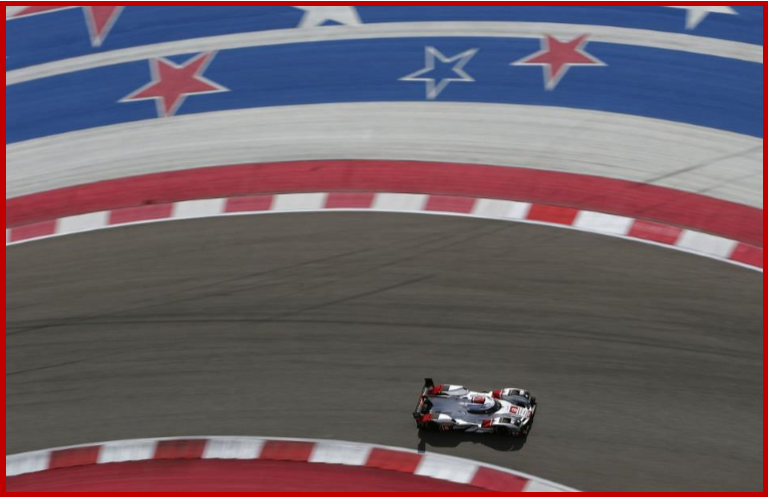 Audi wants to win at Austin for the third time. The battles for victory in the World Endurance Cup by the four-ring brand has been as close as in 2015 – twice, in the two most recent races, Audi had chances taking the winners’ trophy up until the end, just barely missing it in second place on both occasions.

“We’ve seen great advertising for endurance racing in WEC in the most recent rounds. For six hours, the outcome of the race will remain entirely open,” says Head of Audi Motorsport Dr. Wolfgang Ullrich (He hopes.) “Setbacks as well as recoveries were possible at any time and delivered suspense galore to the audience.”

Most recently in Mexico, three manufacturers occupied the first three LMP1 positions. Audi has taken five trophies in the 2016 season to date.

Ken Zino is an auto industry veteran with global experience in print, broadcast and electronic media. He has auto testing, marketing, public relations and communications expertise garnered while working in Asia, Europe and the U.S.
View all posts by Ken Zino →
This entry was posted in racing and tagged autoinformed, autoinformed.com, circuit of the Americas, imsa, Ken Zino, wec. Bookmark the permalink.