Porsche Returns to Le Mans in 2014. Will VW Group Spend Millions to Compete Against Itself with Audi in the Top Class? 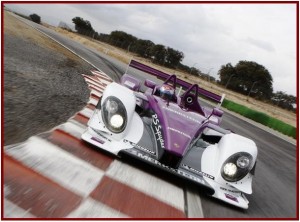 All Audi said about future racing plans when queried was “That is a decision of Porsche. We, Audi, always are happy about new strong opponents.” Stockholders might disagree.

In Stuttgart this morning Porsche announced that it will return to the fastest racing class in endurance racing with the aim of winning the 24 hours of Le Mans outright.

Audi, like Porsche, is now owned by Volkswagen Group and Audi is the current Le Mans unlimited title holder after a closely fought race against Peugeot earlier this month.  It was the tenth Audi victory at Le Mans, one more than Ferrari. Porsche has a fabled history at Le Mans where it’s been racing on the Sarthe circuit since 1951vwith a record 16 overall victories, and numerous class wins.

Some contentious racing and marketing budget allocation debates are ahead, and they will last longer than 24 hours. Will Volkswagen really spend hundreds of millions of dollars to run multiple factory teams to compete against itself?  (See Audi, Nissan, and Chevrolet Corvette Win Le Mans )

All Audi said about future sports car racing plans when queried by AutoInformed was, “That is a decision of Porsche. We, Audi, always are happy about new strong opponents.” Stockholders might have a different view.

Well, this is now and Porsche racing is still in the future. The first appearance of what will be a completely new race car will be in 2014. Porsche’s most recent unlimited win was in 1998 with the Porsche 911 GT1.

“Motorsport was always an essential part of the Porsche brand,” said Matthias Müller, President of the Executive Board at Porsche AG. “So for us it was only a matter of time before we returned as a factory to the top league of racing. Porsche’s successes in Le Mans are unrivalled. We want to follow up on this with the 17th outright victory.”

Porsche has had some recently in the slower LMP2 category, but that’s not exactly an ideal marketing position for the maker of expensive sports cars, sedans and sport utility vehicles. And Nissan took the LMP2 class this year.

Most intriguing is the 911 GT3 R Hybrid, whose hybrid racing powertrain could extend the range during a 24 hour race. This depends of course on the rules for the 2014 race. Currently, it’s not legal.

Porsche AG returned to the Detroit Auto Show for the first time in several years with a delicious 918 RSR single-seat hybrid racing car. The 918 RSR uses a flywheel mounted on the passenger side to capture some of the energy normally wasted by converting kinetic energy to heat under braking.

The Porsche 918 RSR derives from the technology of 911 GT3 R hybrid that raced last year on the Nuerburgring Nordschleife circuit, during the American Le Mans Series races at Road Atlanta/USA and the ILMC run in China’s Zhuhai.

The 918 RSR is basically a coupe variant of 918 Spyder (convertible), a plug-in hybrid concept based, loosely, on the production Boxster sports car, which made its debut at the 2010 Geneva Motor Show.

The 918 Spyder has since been approved for production as a $500,000+ limited production car. It’s the latest indication that when Porsche shows a concept, it actually means to develop it after press reveals, auto shows and publicity tours, unlike some other automakers.

Hans Herrmann and Richard Attwood claimed the first overall victory for Porsche in 1970 with the legendary 917 short-tail. The 16th and for  now last overall win was secured by Laurent Aiello, Stéphane Ortelli and Allan McNish in 1998 with the 911 GT1. In the years 2008 and 2009, the Porsche RS Spyder sports prototype won the title in the LMP2 category.