Porsche to Show New 919 Hybrid For Le Mans at Monza 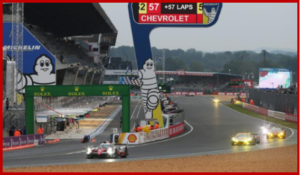 Porsche  will show its new 919 Hybrid Le Mans sports car this Friday at the high-speed race track in Monza, Italy, a venue long associated with, ahem, Ferrari and its storied history in racing (Ferrari 70th Anniversary – 125 S Drives Around Maranello). In the Royal Park outside Milan, the 2017 FIA World Endurance Championship (WEC) teams will congregate for the first time to conduct a joint two-day test on April 1 and 2.

Porsche has had great runs at Le Mans recently in the top LMP1 class, and historically in other classes as well. During 2015 and 2016, its Le Mans Prototype 919 Hybrid took overall victory in Le Mans and won the World Championship titles for Manufacturers and Drivers.

The first public appearance of the title defender car will be scrutinized by competitors, fans and the media, of course. As will the lap times.