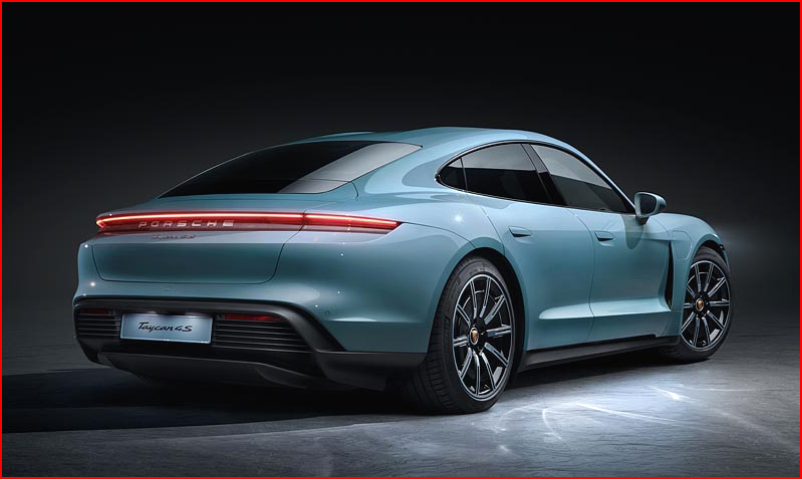 The Porsche Taycan 4S debuts in the U.S. at the LA Auto Show on 20 November 2019. The all-electric, four-door sports sedan has performance with a claimed “everyday usability.” The new Taycan 4S, is now the starting point of a range that previously contained Taycan Turbo and Taycan Turbo S. Taycan 4S is available with two battery sizes: The Performance Battery generates up to 390 kW (530 PS), while the Performance Battery Plus delivers up to 420 kW (571 PS) of “overboost” power.

“A year ago we introduced the new generation of the 911 in Los Angeles,” says Oliver Blume, Chairman of the Executive Board of Porsche AG. “Now we follow up with the Taycan – the first all-electric sports car from Porsche. California has been like a second home for Porsche for many decades. It’s where the world’s biggest 911 fan base is. With the Taycan we connect our past to the future, and we will continue the Porsche success story.”

In addition to the Taycan 4S, Porsche will use the LA Auto Show as the for the U.S. premiere of the new Macan Turbo. With 324 kW (440 PS), it presumably assumes flagship status among Porsche compact SUV sports cars. Taycan starting prices are now over $100,000. In parallel with Porsche’s debut in Formula E on 22 and 23 November 2019, the Porsche 99X Electric, the brands first all-electric racing clomid car will also be on display at the LA Auto Show.

The 4S uses a permanently excited synchronous motor on the rear axle and has a length of 130 millimeters, which makes it exactly 80 mm shorter than that in the Taycan Turbo S and Taycan Turbo. With motors on the front and rear axles for all-wheel drive, as well as a two-speed transmission on the rear axle, the drive architecture of the 4S comprises the same major technical details as its siblings. This also applies to the car’s intelligent charging management and aerodynamics: with a Cd value from 0.22, the aerodynamics contribute to low energy consumption and boost range.

Porsche uses a centrally networked control system for the Taycan chassis. An integrated Porsche 4D Chassis Control analyzes and synchronizes all chassis systems in real time. The Taycan 4S has adaptive air suspension with three-chamber technology including PASM (Porsche Active Suspension Management) electronic damper-control standard. It is also equipped as standard with red-painted six-piston aluminum monobloc fixed-caliper brakes at the front and four-piston aluminum calipers at the rear. The internally vented cast iron brake discs have a diameter of 360 mm at the front and 358 mm at the rear.

With the optional Sport Chrono package, the car goes from zero to 100 km/h in 4.3 seconds – three-tenths faster than before. The car’s top speed is 270 km/h, which is an increase of four km/h. A highlight of the upgraded chassis is the high-performance Porsche Surface Coated Brake (PSCB) system that is fitted as standard. Thanks to a thin tungsten carbide coating, it produces up to 90% less brake dust compared with conventional cast iron brakes.

After more than 30 years, Porsche is returning to formula racing. With the Porsche 99X Electric, the company is establishing a works presence in the 2019/2020 ABB FIA Formula E Championship. The associated reorganization of motorsport commitments is derived from the Porsche Strategy 2025 plan, where both GT road-going sports cars and all-electric sports cars are key. Success in motorsport with electrically powered racing cars is an important part of the company’s “Mission E” strategy. 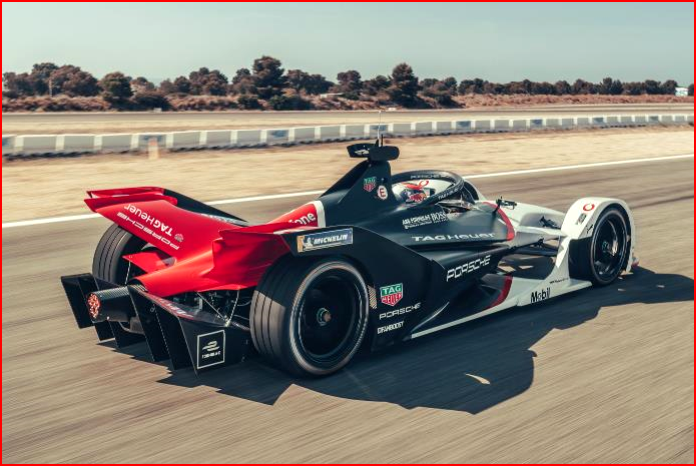 The Porsche 99X Electric it’s claimed in well-worn marketing babble will also serve as a development platform for future all-electric production road cars. The heart of this fully electric racing car is the Porsche E-Performance Powertrain. Formula E regulations stipulate a standard chassis and battery, while the drive technology is developed by the manufacturer.

In mid-October, the TAG Heuer Porsche Formula E Team completed three days of testing on the Circuit Ricardo Tormo near Valencia. This was the first time on track with all the other teams competing in Season 6 of the ABB FIA Formula E Championship 2019/2020 and it provided experience for the works team and its two regular drivers, Neel Jani and André Lotterer.

The first two races for the TAG Heuer Porsche Formula E Team take place at the Diriyah E-Prix on the outskirts of Riyadh (Saudi Arabia) on 22 and 23 November 2019.