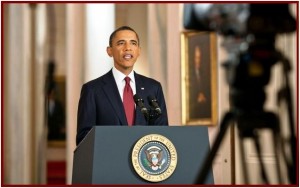 The real tax break fight will be in the lower house of Congress, which Republicans control. With Obama and the entire House up for reelection next year, oil is once again an explosive issue.

U.S. President Barack Obama in his weekly radio address to the nation on Saturday called for expansion of domestic oil production and the elimination of $4 billion in taxpayer subsidies that oil companies are granted each year by the U.S. Congress.

Obama directed the Department of the Interior to conduct annual lease sales in Alaska’s National Petroleum Reserve, to speed up the evaluation of oil and gas resources in the mid and south Atlantic, and to create “new incentives” for industry to develop their unused leases both on and offshore.

The latest political maneuvering came after what are decades of failed leadership on U.S. energy policy by both political parties. The stark reality remains that gasoline prices are a major concern to voters as prices are close to $4 gallon in many parts of the country and $5 gallon in car crazy California. 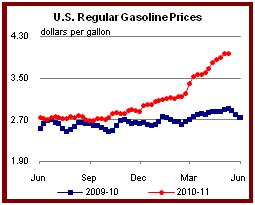 The U.S. average retail price of regular gasoline was $3.97per gallon - $1.06 per gallon higher than last year. The biggest increase came in the Rocky Mountain region as prices were up almost three cents. The East Coast saw the price rise about two cents. The West Coast registered a penny gain on last week's price, while Gulf Coast prices were half a cent higher. In the Midwest gas dropped about three cents to $3.98 per gallon.

The U.S. has only 2% of the world’s oil reserves, but uses 25% of global oil consumption, so it is difficult to see how more drilling will result in decreased prices. Oil is a fungible commodity that is priced on world markets based on global demand, futures speculation by Wall Street firms and the perceived value of the dollar, which isn’t being helped by the debt ceiling debacle now unfolding in Washington.

Obama – in what is a perennial campaign issue when prices are high – also called for the elimination of huge taxpayer subsidies to oil and gas companies, saying that during the past few months the biggest oil companies made about $4 billion in profits each week.

“Before I was President, the CEOs of these companies even admitted that the tax subsidies made no sense,” Obama said. “Well, next week, there is a vote in Congress to end these oil company giveaways once and for all. And I hope Democrats and Republicans come together and get this done.”

The top five source countries of U.S. petroleum imports are Canada, Mexico, Venezuela, Saudi Arabia, and Nigeria. In total the U.S. imports more than half of its oil, and has for more than three decades.

The real fight – at least in words – will be in the lower house of Congress, which Republicans control. With Obama and the entire House up for reelection next year this is an explosive issue. Only one thing is certain despite the rhetoric – short of a market collapse, which would be an even bigger economic disaster than currently – gasoline prices won’t drastically drop any time soon as future contracts are still at almost $100 a barrel.

Ken Zino is an auto industry veteran with global experience in print, broadcast and electronic media. He has auto testing, marketing, public relations and communications expertise garnered while working in Asia, Europe and the U.S.
View all posts by Ken Zino →
This entry was posted in auto news and tagged gasoline prices, national security, obama, oil companies, taxpayer subsidies, terrorism, us economy. Bookmark the permalink.