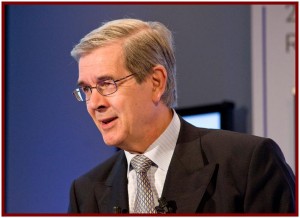 “I am fully aware of the seriousness of today’s announcements, as well as of the shock and emotions they will arouse in the company.”

Philippe Varin, Chairman of the PSA Peugeot Citroën Managing Board has told the works council that the loss-making French automaker will close the Citroën C3Aulnay plant in 2014, and trim production at Rennes, which makes the Peugeot 508, Citroën C5 and C6. More than 4,400 jobs are affected. Work in other plants could absorb 1,500 of the displaced workers in the local Paris area. The company will also pursue voluntary separations of its corporate workforce – as many as 8,000 jobs are at stake, on top of 6,000 eliminated last year. The workers union is already protesting to a newly elected French government that promised to punish companies that cut jobs.

PSA will report a net loss for the first half of 2012 after a 10% sales decline, and a production cutback of 18%, which translates to a capacity utilization of ~76%, far below what is needed to be profitable. As in second-half 2011, the Automotive Division is expected to report a recurring operating loss in first-half 2012, now estimated at around €700 million. Since mid-2011, the Group has been consuming €200 million in cash a month, excluding non-recurring items, which include a Banque PSA Finance dividend and proceeds from property disposals.

Europe’s Number Two automaker, behind Volkswagen Group, posted Q1 2012 results that showed PSA Group revenues of €14.3 billion, down 7% compared with the previous year, with Automotive Division revenues down 14% year-on-year because of an 8% contraction in the European market compared to a weak Q1 in 2011.

GM now owns 7% of Peugeot, but neither company has downsized yet in Europe to meet declining demand.

PSA in the process of establishing a global alliance with General Motors, which is also losing money in Europe for more than a decade – $700 million in 2011 alone. Billions in synergies are claimed to be possible, a claim that has met with a fair amount of skepticism.

“I am fully aware of the seriousness of today’s announcements, as well as of the shock and emotions they will arouse in the Company and its stakeholding environment,” said Varin. “The depth and persistence of the crisis impacting our business in Europe have now made this reorganization project indispensable in order to align our production capacity with foreseeable market trends.