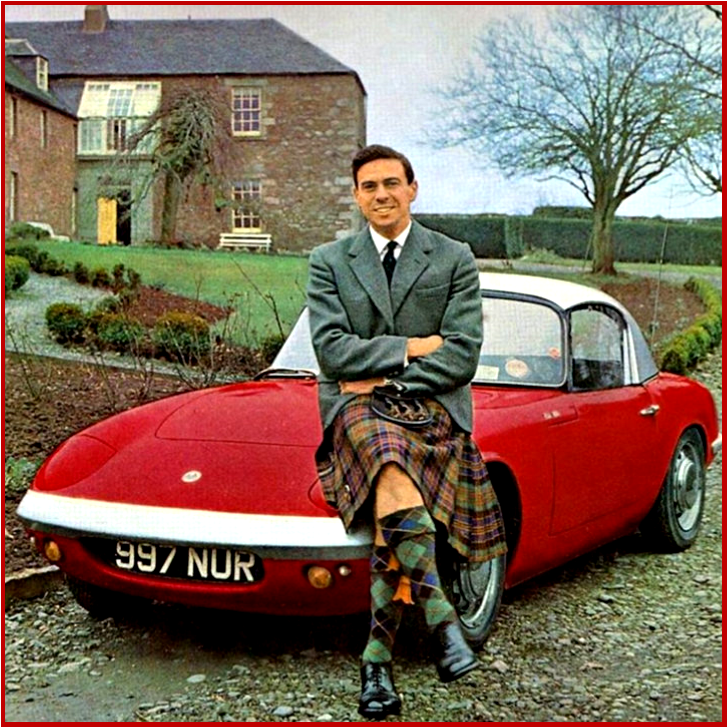 The Jim Clark Trust says it has the perfect gift for any motor racing or sports car fan with its contest to give away the 100,000th Lotus – a unique Jim Clark Evora GT410 Sport. For £20 you can get the chance to win the Lotus Evora GT410 Sport and support the charity as it builds a new museum dedicated to the racing driver in his home town of Duns, Scotland.

Available from the Jim Clark Trust’s website, the new gift option offers a unique present that supports a noble cause this Christmas. Celebrating the legacy of one of motorsport’s most enduring figures, the competition’s tickets are available worldwide from www.jimclarklotus.com.

Echoing the original car’s color scheme, with red paintwork, a silver roof and silver wheels, plus tartan upholstery, the car carries Clark’s signature on each rear buttress and includes an interior plaque confirming its 100,000th build status. The winner of the competition will be announced at the opening of the new Jim Clark Museum.

Jim Clark was Formula 1 World Champion in 1963 and 1965, and the winner of the Indianapolis 500 in 1965. Clark made 72 Grands Prix starts, took 25 wins and 33 pole positions – all behind the wheel of a Lotus. His career was cut short when he died while competing in a Formula 2 race in 1968 in Hockenheim, West Germany.

The new, expanded Jim Clark Museum will preserve the memory of one of the sports most revered racers and display some of the cars that Clark competed in. Funded by a partnership between the Heritage Lottery Fund, Scottish Borders Council and The Jim Clark Trust, work on the new £1.6-million museum began in June 2018 and the new museum is expected to open in summer 2019.

1 Response to Raffle by Jim Clark Trust for Lotus Evora