Rail Roads Can Save Lives 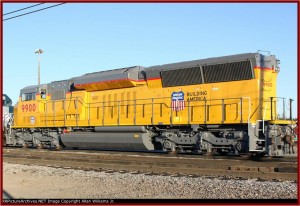 The OneRail* Coalition released a new study today, “Rail Safety in the United States” that highlighted a 31% decline in rail accidents over the past 10 years, making rail transport significantly safer than other transportation. This positive safety trend occurred as passenger rail traffic grew and freight rail traffic remained steady over the same time frame.

These findings, supposedly, highlight the value of taking a broader look at how people get from A to B. Simply put by OneRail, getting people and goods out of cars and trucks and onto trains would save lives.

For every billion ton-miles of freight the U.S. shifts from highway to rail (an approximate 0.5% increase in freight rail volume), more than seven lives could be saved it’s claimed. On the passenger side, if one percent of the nation’s three trillion annual vehicle miles traveled by motor vehicle were shifted to passenger trains, approximately 200 lives would be saved each year.

“Increasing market share for rail by getting more goods and people onto trains would save lives and reduce injuries, significantly improving the overall safety of the nation’s transportation system,” said Anne Canby, Director of OneRail.

The report highlights several factors that have contributed to this positive safety trend over the years, including improvements to rail infrastructure such as welded rail and treated wood crossties, grade crossing programs such as Operation Lifesaver and sealed corridors, the introduction new track inspection and monitoring technologies, the strengthening of tank cars, and the introduction of collaborative safety programs such as Confidential Close Call Reporting.

“Rail Safety in the United States” is available online at www.onerail.org/railsafety.

Ken Zino is an auto industry veteran with global experience in print, broadcast and electronic media. He has auto testing, marketing, public relations and communications expertise garnered while working in Asia, Europe and the U.S.
View all posts by Ken Zino →
This entry was posted in news analysis, safety, transportation and tagged autoinformed, autoinformed.com, Ken Zino, OneRail, rail safety. Bookmark the permalink.