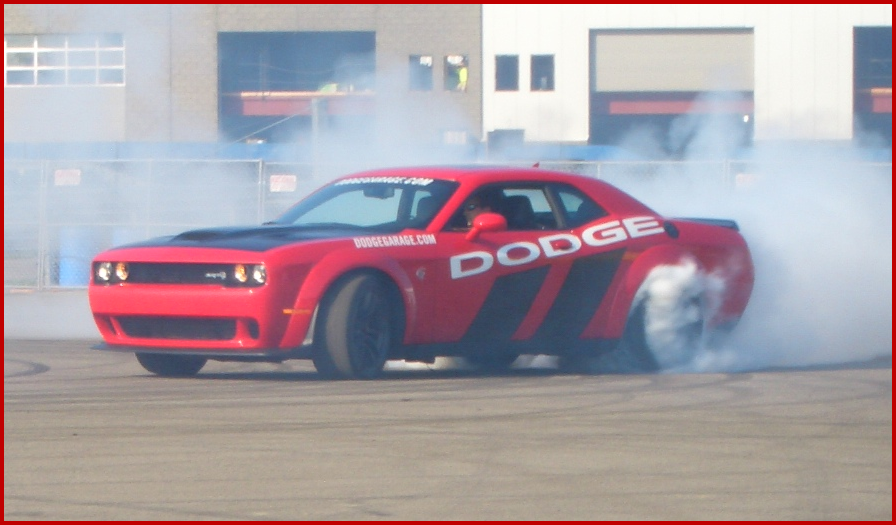 Okay so it was Roadkill day...

It’s an old, but now legal tradition. This year’s Roadkill Nights (Powered by Dodge) attracted more than 44,000 enthusiasts from around the country to watch and participate in legal street racing on historic Woodward Avenue.

A total of 128 street-legal cars were on a specially prepped 1/8-mile drag strip on Woodward Avenue between Rapid Street and South Boulevard to compete in high-powered drag racing for cash prizes. Heavy rains ended the races early, so 16 total finalists split $20,000 in cash prizes.

In addition to cash prizes for the fastest racing finalists and Dodge cars on the drag strip, the fourth annual car festival gave car enthusiasts the chance to get in the passenger seat of a Dodge Charger SRT Hellcat or Challenger SRT Hellcat for thrill rides and drift rides.

Challenger SRT Demon simulators ranked those with the fastest virtual ¼-mile times. The car festival also included a chance to check out more than 250 custom and classic cars in a show ‘n shine and to watch freestyle motocross dyno, flamethrowers and wheelstander exhibitions.