Buyers aged 35 and under who grew up with myriad consumer-electronic-devices are particularly vocal about the design failures of automotive electronics.

The automotive electronics expansion continues unabated with potentially both good and bad consequences for new car buyers. In the latest example, the Renault-Nissan Alliance has expanded its presence in Silicon Valley with the official opening of a Nissan research center that will specialize in automotive electronics by concentrating on autonomous driving and connected cars. Nissan has hired Dr. Maarten Sierhuis as research director to lead the Silicon Valley site. Sierhuis’s specialty is the field of artificial intelligence.

In the latest J.D. Power initial quality survey, a growing problem area is lumped under the “audio, entertainment, and navigation” category where reported problems have increased by 8% from 2011. This continues a trend, with problems in this connected cars category increasing by 45% since 2006, while other quality categories have improved by 24% on average.

Buyers aged 35 and under – who grew up with myriad consumer-electronic-devices – are particularly vocal about the design failures of automotive electronics. This is a growing problem for the product development departments of automakers, which are largely managed by older white males. In the case of Ford’s MyTouch infotainment systems, the effect on quality ratings has been catastrophic. In the latest IQS, Ford quality because of its infotainment system was ranked 27th in the survey. Several years ago, Ford was fifth, but that was before the geeks took over product development apparently without adult supervision. Ford claims that the geeks now have fixes in the works that will not confuse or rather not outrage its owners. (Read AutoInformed on Owners Report Quality Improvements at Most Automakers) 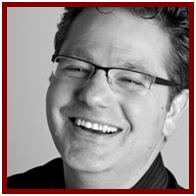 Sierhuis joins Nissan following a career in research and software engineering spanning 25 years, including time with NASA, Xerox Palo Alto Research Center, NYNEX Science & Technology, IBM Corporation, and as a founder of startup Ejenta, as well as a visiting professor and fellow with the Interactive Intelligence group at Delft University of Technology in the Netherlands.