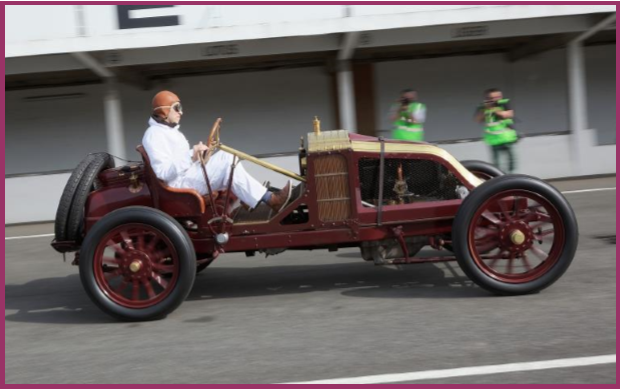 The Renault AK is the world’s first Grand Prix-winning car, but it wasn’t racing as we now know it. Staged at Le Mans in 1906, the 64-mile route consisted of asphalt roads. The race saw 32 competitors starting at 90-second intervals. They drove six times a day for two days. Total race distance was 769 miles.

The proposed combination would create a global automaker, pre-eminent in terms of revenue, volumes, profitability and technology, benefiting the companies’ respective shareholders and stakeholders, according to FCA.

The combined business would sell approximately 8.7 million vehicles annually, would be a world leader in EV technologies, premium brands, SUVs, pickup trucks and light commercial vehicles and would have a broader and more balanced global presence than either company on a standalone basis.

The benefits of the proposed transaction are not predicated on plant closures but would be achieved through more capital efficient investment in common global vehicle platforms, architectures, powertrains and technologies. FCA has a history of successfully combining OEMs with disparate cultures to create strong leadership teams and organizations dedicated to a single purpose.

“Therefore, FCA’s Board strongly believes that this combination, which would have the scale, expertise and resources to navigate the rapidly changing automotive industry, would create new opportunities for employees of both companies and for other key stakeholders.”

The Renault Board of Directors has decided to continue to study with interest the opportunity of such a combination and to extend the discussions on this subject. The Board will meet again on Wednesday, June 5 at the end of the day.

Groupe Renault has manufactured cars since 1898. Today it is an international multi-brand group, selling close to 3.9 million vehicles in 134 countries in 2018, with 36 manufacturing sites, 12,700 points of sales and employing more than 180,000 people.

“To address the major technological challenges of the future, while continuing to pursue its profitable growth strategy, Groupe Renault is focusing on international expansion. To this end, it is drawing on its five brands (Renault, Dacia, Renault Samsung Motors, Alpine and LADA), electric vehicles, and its alliance with Nissan and Mitsubishi Motors. With a 100% Renault owned team committed to the Formula 1 World Championship since 2016, the brand is involved in motorsports.”