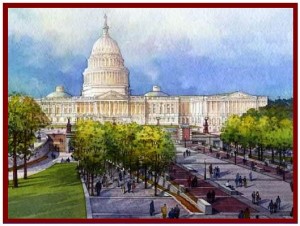 It is the worst “do-nothing” Congress since 1995, as Moscow Mitch McConnell has refused to bring hundreds of passed bi-partisan bills to the Senate floor.

The Securities and Exchange Commission has announced settlements with former republican U.S. Rep. Christopher Collins, his son Cameron Collins, and Stephen Zarsky, all of whom were charged with insider trading and pleaded guilty to related criminal charges. The sentencing memos have not been issued due to complications caused by ongoing criminal investigations, presumably into Trump’s campaign practices.

Collins was the first U.S. Representative to endorse Donald Trump for President of the United States, perhaps recognizing kindred spirit in his approach to self-serving actions, and he served on Trump’s presidential transition team. He resigned his seat in 2019 and afterwards pled guilty to insider trading and lying to the FBI. House Democrats this morning released two articles of impeachment charging President Donald Trump with abuse of power and obstruction of Congress. The Senate led by Mitch McConnell,aka Moscow Mitch,  is looking for ways to take a long Christmas holiday instead of beginning the Constitutionally mandated trial.

The settlements, which are subject to court approval, bar Christopher Collins from serving as an officer or director of a public company and require Cameron Collins and Stephen Zarsky to disgorge the losses they avoided as a result of their insider trading.

Collins was elected Erie County Executive in 2007 and held that position for two years. Collins was arrested by the Federal Bureau of Investigation on August 8, 2018 and charged.

Three days later, Collins announced that he was suspending his bid for a fourth term in Congress. It fell apart because he got caught. On September 17, 2018, he resumed his re-election campaign. Collins was narrowly re-elected to Congress on November 6, 2018, with his 2016 percentage of 67% reduced to 49%. On September 30, 2019, Collins announced his resignation from the House of Representatives effective the following morning. Later that day, Collins pled guilty.

According to the SEC’s complaint, Christopher Collins tipped his son, who then tipped others to non-public negative trial results for a multiple sclerosis drug developed by Australian biotech company Innate Immunotherapeutics Ltd. The complaint alleged that Christopher Collins, then an independent director on Innate’s board, learned of the results from Innate’s CEO and then spoke to his son Cameron Collins, who traded on the information and tipped others, including his then-girlfriend’s father, Stephen Zarsky. Cameron Collins and Stephen Zarsky together sold nearly 1.7 million Innate shares in advance of Innate’s public announcement of the negative results, avoiding combined losses of more than $700,000.

“Insider trading undermines investor confidence in the fairness and integrity of the securities markets,” said Stephanie Avakian, Co-Director of the Enforcement Division. “The settlements, along with the previous criminal pleas, should deter others who may be tempted to engage in this pernicious conduct.”

“Our complaint alleged in detail how the defendants obtained and misused material non-public information for their own financial and personal gain,” said Steven Peikin, Co-Director of the Enforcement Division. “Upon approval, this resolution will strip former Representative Collins of the privilege of serving as an officer or director of a public company and ensure that the traders are deprived of their ill-gotten gains.”

The three defendants consented to the entry of final judgments that would resolve all claims and permanently enjoin them from violating antifraud provisions of the securities laws. Christopher Collins consented to be permanently barred from acting as an officer or director of any public company. Cameron Collins and Stephen Zarsky agreed to disgorge their avoided losses with prejudgment interest, totaling $634,299 and $159,880, respectively. The settlements are subject to the approval of the Honorable Katherine Polk Failla of the U.S. District Court for the Southern District of New York.

The SEC’s investigation was conducted by Wm. Max Hathaway, Colby A. Steele, and Patrick McCluskey in the Enforcement Division’s Market Abuse Unit. The case was supervised by Joseph G. Sansone, Chief of the Market Abuse Unit, and Carolyn M. Welshhans. The litigation was led by Melissa Armstrong. The SEC appreciates the assistance of the U.S. Attorney’s Office for the Southern District of New York and the Federal Bureau of Investigation.