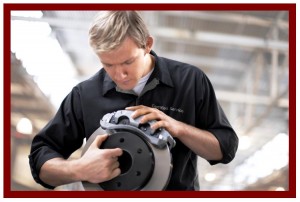 Independents say they are being squeezed out of auto repair as electronics proliferate.

The Massachusetts Right to Repair Coalition says the repair shop choice issue will be on the 2012 November ballot, if the legislature refuses to act on a bill next that would allow vehicle owners access to all non-proprietary repair information required to have their vehicles repaired at a location they choose. The Secretary of State’s office confirms that 83,180 signatures have been approved, much more than the 68,000 signatures required to place Right to Repair in front of Massachusetts voters next fall.

The proposed Massachusetts law would require that automakers provide independent shops with access to diagnostic software that authorized dealers have by using a generic lap top computer through a standardized vehicle interface. This would “level the playing field” between authorized dealerships and independent repair facilities, says Kathleen Schmatz, president and CEO of the Automotive Aftermarket Industry Association (AAIA).

A similar national measure, the Motor Vehicle Owners’ Right to Repair Act (H.R. 1449), died in 2011 during the 112th ‘do nothing’ U.S. Congress. (See AAA Asks Congress Yet Again to Pass “Right to Repair Act”) Various forms of Right to Repair bills have been tied up in successive Congresses since 2002. It is not surprising that the National Association of Automobile Dealers opposes the legislation. NADA says that automakers provide emissions service and some other data available to any technician who needs it already. About $295 billion spent annually in auto repair products and services.

“We feel confident that next November, Massachusetts citizens will vote strongly in favor of the Right to Repair measure,” said Schmatz.

Dealerships used to thrive on automaker-paid warranty repairs, paid for by the factory at reduced labor rates. In order to compensate technicians for this factory-dictated lower rate, dealers charged higher rates for non-warranty auto parts and repairs. In effect, car owners were subsidizing the cost of poor quality at automakers if they went to a factory store for auto repairs, a condition not unnoticed by vehicle owners. One recent survey put costs on average at 34% more at dealerships compared with independent shops.

This created a huge – and still thriving – independent auto aftermarket comprised of accessory, repair, collision, and oil change shops that often charge lower labor rates and install independently produced parts, which also can be less expensive. The independent shop owners say they are being squeezed out of auto repairs as more electronics are added to new vehicles. (See Fight for Auto Repair Dollars Heats up at Ford and GM)

The Right to Repair Act was introduced in Massachusetts for the 2011-12 legislative session by Rep. Garrett Bradley (D-Hingham) and Sen. John Hart (D-South Boston) and has over 60 co-sponsors. The legislature is expected to hold a committee hearing on the ballot petition in February and has until May 1 to act, whereby they can preclude the need for a ballot measure by enacting the Right to Repair Act.