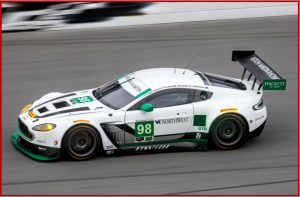 With four races remaining in the 2017 IMSA WeatherTech SportsCar Championship (IWSC), this weekend’s race at Road America (USA) sees a tough fight in the top GTLM class with Chevrolet leading in the points standings. Three other classes will also be fight for the championship.

The high-speed, 14-turn circuit race will be shown live on FS1 beginning at 2:30 p.m. ET, with additional in-car cameras and IMSA Radio audio on IMSA.com. The entire race also can be streamed live internationally on IMSA.com and domestically on FSGO with FS1 authentication. IMSA.com also will stream Race #2 for the Porsche GT3 Cup Challenge at 10:40 a.m. ET. and Race #2 for Lamborghini Super Trofeo at 11:55 a.m.

In conjunction, but not affiliated with IMSA,  the 2017 Lamborghini Super Trofeo series comes to Road America as a one car spec series – guess what the car is – that has little visibility in U.S. Road Racing circles. The Trofeo races – between April and September in Asia, Europe and the North America – end at the World Final on Nov. 18-19 in Imola, Italy, outside of Bologna.

Ken Zino is an auto industry veteran with global experience in print, broadcast and electronic media. He has auto testing, marketing, public relations and communications expertise garnered while working in Asia, Europe and the U.S.
View all posts by Ken Zino →
This entry was posted in auto news and tagged autoinformed.com, IMSA WeatherTech SportsCar Championship, Ken Zino. Bookmark the permalink.