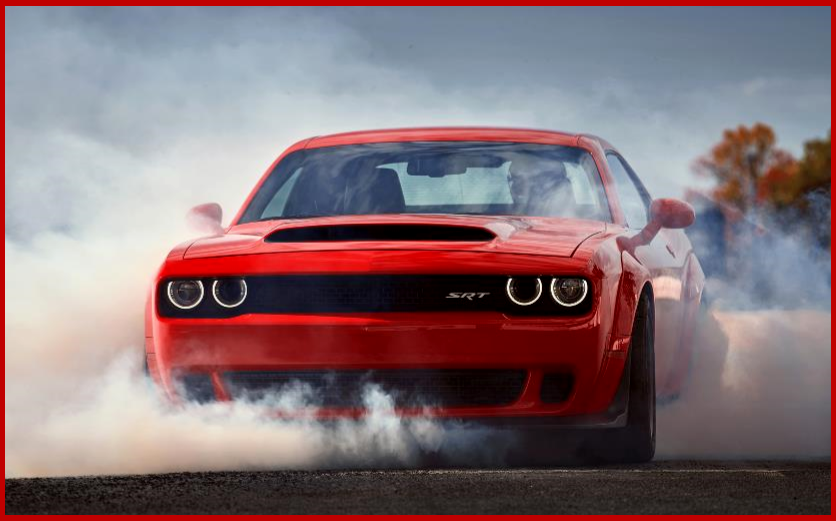 On Saturday, drag racing has two classes, Big Tire and Small Tire, competing for a cash purse of $30,000.

MotorTrend Group’s “Roadkill Nights Powered by Dodge” is bigger this year with the addition of Friday night activities, while bringing back legal street drag racing that will lay some rubber down on the iconic Woodward Avenue pavement on Saturday. For the fifth year, this festival revels in Motor City’s automotive culture with its racing, classic and modern muscle car show, and other activities that will take over the M1 Concourse in Pontiac, MI.

Roadkill is now the  traditional kick off to southeast Michigan’s week-long celebration of classic cars and car culture. There will be  thrill rides in the 717-horsepower Dodge Challenger SRT Hellcat and the 707-horsepower Dodge Charger SRT Hellcat models, more participants in the celebrity showdown races, and an overall $40,000 purse with $10,000 going towards United Way.

During Friday night activities, fans will meet the drivers of some of the fastest street legal drag cars in America and watch historic Woodward Avenue transform from a street into a drag strip. On Saturday, drag racing returns with two classes, Big Tire and Small Tire, competing for a cash purse of $30,000. As part of the overall $40,000 purse, $10,000 will be awarded to United Way. Both drag racing classes will have the same payout structure with $15,000 as the total purse per class:

The drag racing will include numerous TV celebrities battling it out down Woodward Avenue for bragging rights. These include MotorTrend’s hugely popular series “Roadkill” co-hosts David Freiburger and Mike Finnegan. Chris Jacobs of MotorTrend’s Overhaulin’ will emcee the activities, while Brian Lohnes of the NHRA will emcee the drag races. Additional industry celebrity attendees include Cristy Lee and Bogi Lateiner of All Girls Garage, Bill Carlton of Texas Metal, Joe Martin, Amanda Martin, and Jayson “Shag” Arrington of Iron Resurrection, Dave Kindig and Kevin Schiele of Bitchin’ Rides, and Jared Zimmerman and Lou Santiago of Car Fix.

Gates are open for “Roadkill Nights Powered by Dodge” from Friday 3pm to 9pm. Drift thrill rides will also be available from 3pm to 9pm.  On Saturday, gates are open from 10am to 9pm  – with Dodge Thrill Rides taking place from 10pm to  pm and drag racing beginning at 11am.

General admission to the event is $10 per person, per day — $5 per person for Pontiac residents ($5 price available on-site only). Children 12 years and under are free.  Two-day passes area available for $20.