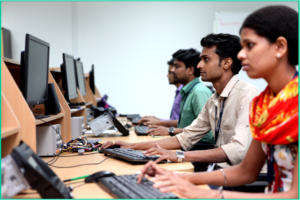 It is the first time that Hyundai Mobis has signed an MOU with a global IT company.

No surprise here that Mobis has a new link up with a with an IT company to develop an autonomous driving platform. Today Hyundai Mobis announced that it has entered into an MOU for joint development of an AI-based autonomous driving platform with Yandex, one of the Europe’s largest internet companies that builds intelligent products and services powered by machine learning.

A co-developed platform will be deployed in the newest gen 8 of the Hyundai Sonata, which will serve as robo-taxi. The size of the fleet will be increased to up to 100 vehicles and the services will be available throughout Russia and other countries where Yandex is licensed to operate autonomous vehicles.

The essence of the MOU, claims Mobis, is to jointly develop an AI-based fully autonomous vehicle platform and to provide unmanned mobility services such as robo-taxis. Starting with this adventure, fraught with the risk and unknowns the entire industry is facing, the two companies want to expand the scope of mutual cooperation to include artificial intelligence technologies for voice and video recognition, as well as infotainment technologies.

“At a time when companies are actively collaborating with companies in different industries to secure autonomous driving technologies, it is an honor to be able to come together with Yandex which has strengths in AI-based autonomous vehicle algorithms,” said Chung Kook Park, CEO of Hyundai Mobis, at the signing ceremony.

“Our self-driving technologies are unique and have already proven their scalability. Yandex’s self-driving cars have been successfully driving on the streets of Moscow, Tel Aviv and Las Vegas, which means the fleet can be expanded to drive anywhere.” said Arkady Volozh, CEO of Yandex. “It took us just two years to go from the first basic tests to a full-fledged public robo-taxi service. Now, thanks to agreement with Hyundai Mobis, we will be able to move even faster.”