Some Saab Assets Sold to a New Electric Vehicle Company 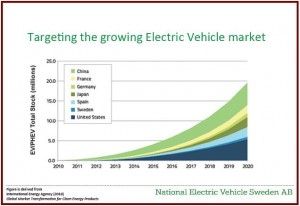 National Electric Vehicle Sweden AB (NEVS), a new firm established to purchase bankrupt Saab, and the receivers of  Saab today signed a purchase agreement that covers some of the assets of Saab Automobile AB, Saab Automobile Powertrain AB and Saab Automobile Tools AB. The selling price was not disclosed.

The company will establish a new automobile venture in Trollhättan, dedicated to the development and manufacturing of electric vehicles (EVs). The intellectual property rights for the aging 9-3, introduced in 1992, were part of a deal that includes all outstanding shares in the company that owns the Saab Automobile facilities in Trollhättan, Sweden.

Saab Automobile Parts AB, as well as intellectual property rights for the much newer Saab 9-5 and 9-4X, owned by General Motors, which remains one of the creditors of Saab along with the Swedish government, are not included in the purchase agreement. GM has been consistent in saying those models are not for sale under any circumstances. Neither is the brand name Saab part of today’s announcement.

In parallel with EV conversion of the Saab 9-3, an all-new model will be developed, based on technology from Japan. Marketing and sales will be global, with an initial focus on China, projected to be the largest and most important EV market. development will be conducted between Swedish, Japanese and Chinese engineers. 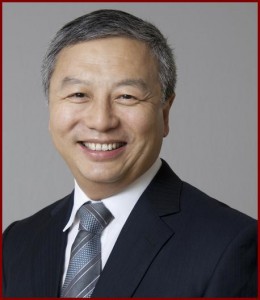 NEVS is a consortium formed by Japanese, Swedish and Chinese investors. Jiang will become CEO.

“China is investing heavily in developing the EV market, which is a key driver for the ongoing technology shift to reduce dependence on fossil fuels,” said Kai Johan Jiang, founder and main owner of National Modern Energy Holdings Ltd, the majority shareholder of NEVS at 51%. Jiang will become chief executive officer of National Electric Vehicle Sweden.

“The Chinese can increasingly afford cars; however, the global oil supply would not suffice if they all buy petroleum-fueled vehicles. Chinese customers demand a premium electric vehicle, which we will be able to offer by acquiring Saab Automobile in Trollhättan,” Jiang said in a statement.

“We will match Swedish automobile design and manufacturing experience with Japanese EV technology and a strong presence in China. Electric vehicles powered by clean electricity are the future, and the electric car of the future will be produced in Trollhättan,” said Karl-Erling Trogen, Chairman, National Electric Vehicle Sweden.

General Motors when it sold Saab in February of 2010 received $74 million in cash and preferred stock with a face value of $326 million, which it immediately wrote off as worthless. As part of the subsequent Saab bankruptcy, GM was owed about $100 million in receivables, which it is unlikely to recover.