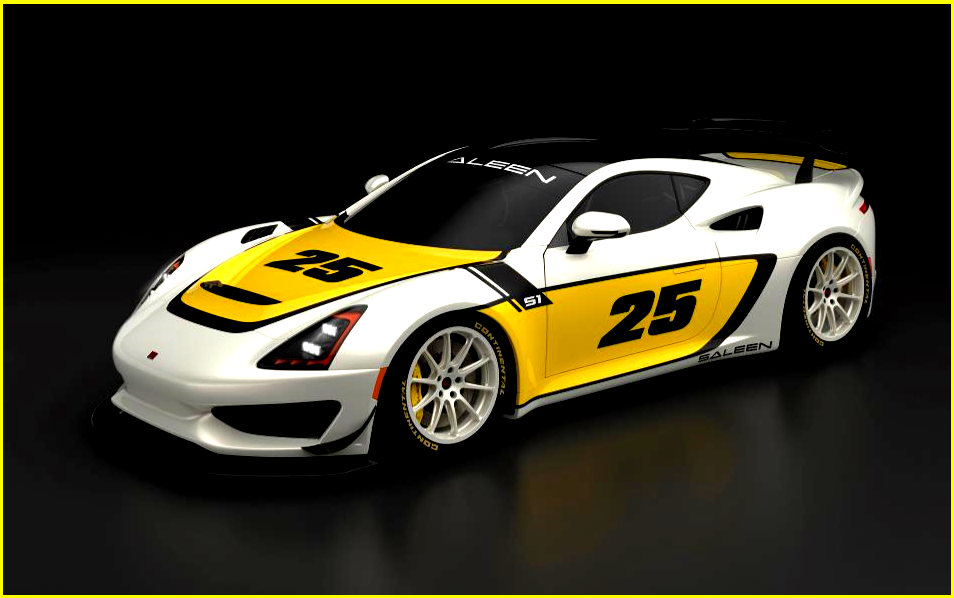 Just bring your driving suit and a Brink’s Truck full of gold to the track.

A well-known name in GT racing history is returning to motorsports with the introduction of a new single-make series designed to showcase the world’s newest turbocharged mid-engine sports car. California-based Saleen Automotive, led by racing driver and high-performance vehicle maker Steve Saleen, announced it will host the Saleen Cup, a five-event, “arrive-and-drive” race series designed to demonstrate the capabilities of the Saleen 1 sports car.

The Saleen Cup – first touted during a press conference on Friday, March 1 at Circuit of the Americas in Austin, Texas – is being held via a partnership with SRO Motorsports Group and will run concurrently with the Blancpain GT World Challenge America.

The single-make series charges drivers to be among the first in the world to experience the Saleen 1 on five race tracks throughout the U.S. As a professional quality “arrive-and-drive” series, the five events will be supported by 20 track-ready cars maintained, prepped and transported to race venues by Saleen –a turnkey, once-in-a-lifetime racing opportunity – plus a chance to win a factory seat in Saleen’s GT4 entry throughout the 2020 season.

“I am very pleased to welcome the Saleen 1 Cup Series to the Blancpain GT World Challenge America schedule for the 2019 season,” said Stephane Ratel, founder and CEO of SRO Motorsports Group. “The Saleen name is instantly recognizable to every race fan and I have fond memories of the wonderful S7-R competing in the FIA GT Championship more than a decade ago.”

Gabriele Cadringher just joined Saleen as director of motorsports and will lead the Saleen Cup. The former technical director and consultant for FIA and Grand-Am will use the five-race events to further hone the track capabilities of the Saleen 1.

In what appears to be a first, the Saleen Cup is open to standard “D” licensed drivers, and offers a professional-level racing experience, in which each car is equally prepared and maintained in-house, including back-up cars, plus transported to each race event. Just bring your driving suit and a Brink’s Truck full of gold.

The Saleen Cup also has two racer teams, which can split the cost for participants. At the conclusion of the five-race series, category champions in the Saleen Cup will secure a factory seat driving in Saleen’s GT4 entry for the entire 2020 season.

The Saleen Cup will consist of five racings scheduled for the second half of the Blancpain GT World Challenge America. It starts at Sonoma Raceway in California Wine Country in June. Drivers who can compete in the five races through October 20 are now being actively recruited. Information on the Saleen Cup is available at www.SaleenCup.com:

For more than 35 years, the California-based automotive manufacturer has sold high-performing vehicles that combine championship-winning racing pedigree with innovative technology and distinctive styling. From the first Saleen Mustang in 1984 to the legendary S7 in 2000 and the new Saleen 1, founder Steve Saleen is known for vehicle design and performance engineering on streets and racetracks worldwide. In addition to its distinctive Saleen Signature and Saleen Original vehicle lines, Saleen offers a wide variety of technical parts, lifestyle accessories and apparel. More at www.saleen.com.