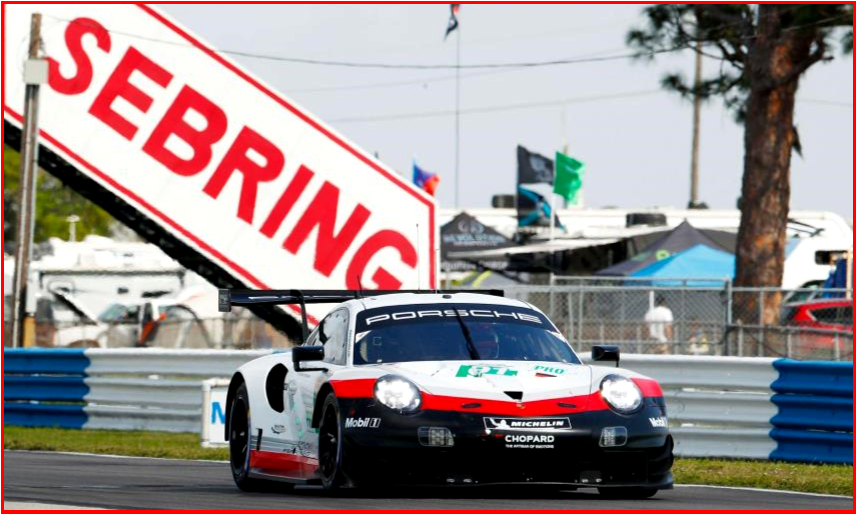 With 18 overall Sebring victories, Porsche is the most successful marque at the twelve-hour race.

Sebring is considered one of the most grueling tests of sports car endurance racing anywhere in the world, and it’s North America’s oldest endurance race. All the big names will be there – Alfa Romeo, Aston Martin, Ferrari, Ford, BMW, Acura, Nissan, Toyota, Cadillac and so forth, including privateers – customer driven 911s, Ferraris and McClarens, among others. (AutoInformed: Corvette Racing Wins Third Straight Twelve Hours of Sebring, Lamborghini in GTD, Ford in LMGT Earn Firsts at Lime Rock, Porsche Sets Record 5 Minute 19.55 Lap Time at Nürburgring Nordschleife in Marketing Ploy with an outdated 919 Hybrid)

Two Porsche 911 RSR cars* on Friday will race more than 1,000 miles at round six of the Sports Car World Endurance Championship (aka WEC), with another two identical Porsche models on Saturday undertaking the twelve-hour IMSA WeatherTech Sports  Car Championship at the so-called Super Sebring race this weekend. 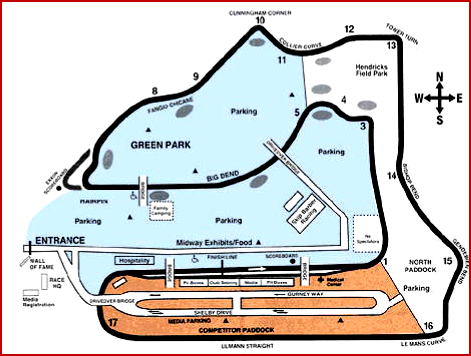 A lot more complicated than a NASCAR driver deals with.

It requires a massive effort from Porsche in terms of personnel and logistics – comparable to Porsche’s largest ever GT run at Le Mans in 2018. BMW is currently first after Daytona. (Daytona 24 Hours Discounted 50% as Rain Marks Down Race, Le Mans 2018 – Wrecks, Pit Stops, Safety Car – Pick Winners. Toyota Finally Wins P1 After Years of Breakdowns with a Record 388 Laps.)

The Mobil 1 Twelve Hours of Sebring starts just past 10:30 a.m. ET next Saturday, March 16, and it will have a field of 38 IMSA WeatherTech Sports Car Championship machines ready for a once-around-the-clock battle on the legendary, 3.74-mile Sebring International Raceway circuit.

With 18 overall victories, Porsche is the most successful brand at the twelve-hour  Florida race. The sports car manufacturer dominated the event, which was contested for the first time in 1952, particularly in the 1970s and 1980s. Between 1976 and 1988, Porsche netted 13 outright victories in a row. Racing legends Hans Herrmann and Jo Siffert scored the first win for Porsche at Sebring in 1960. The most recent overall win was in 2008 thanks to Timo Bernhard (Germany), Romain Dumas (France) and Emmanuel Collard (France) at the wheel of a Penske Racing Porsche RS Spyder.

**The 911 GT3 R was newly developed for the 2019 season. Improvements in aerodynamics and kinematics were systematically implemented from the insights from the many race outings of its predecessor. The six-cylinder engine in the rear of the GT3 customer racer produces more than 368 kW (500 horsepower).