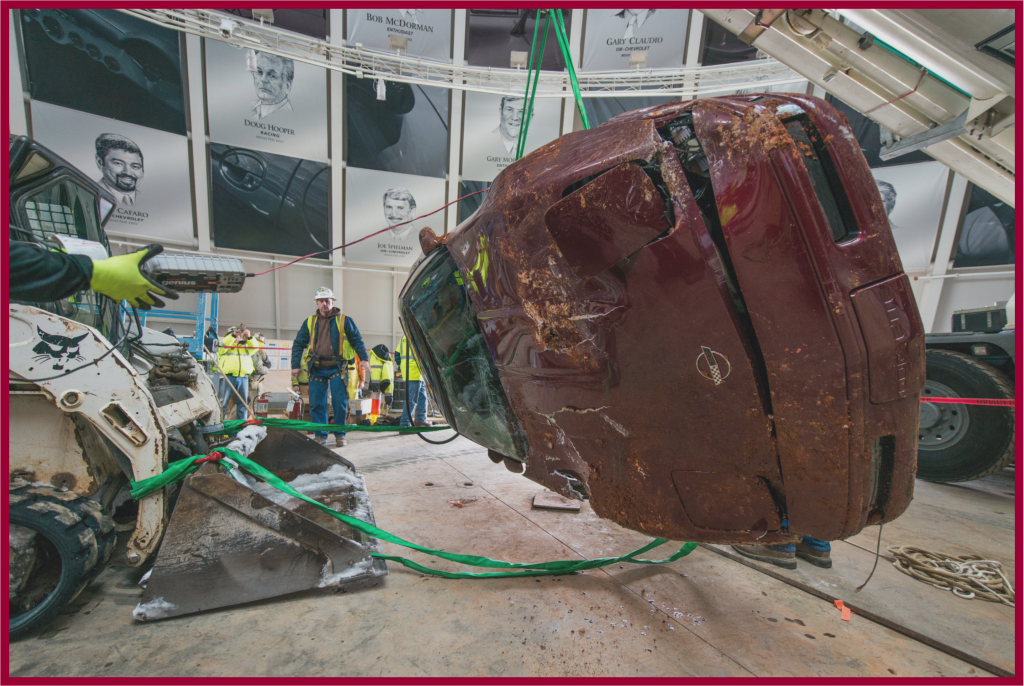 The first Corvette out of the sinkhole had only minor damage. This historic car had much more.

Riggers use a crane to extract the 1993 40th Anniversary Chevrolet Corvette from the sinkhole at the National Corvette Museum on yesterday in Bowling Green, Kentucky. The 40th Anniversary Corvette, along with seven other Corvettes, fell into the sinkhole February 12. This vehicle was the second Corvette to be recovered. It appears to have sustained major damage after its nearly 30-foot fall, which was not helped by another Corvette above it. Still unexplained is how it is possible to design, obtain permits and build a Museum in Kentucky on unsafe ground. 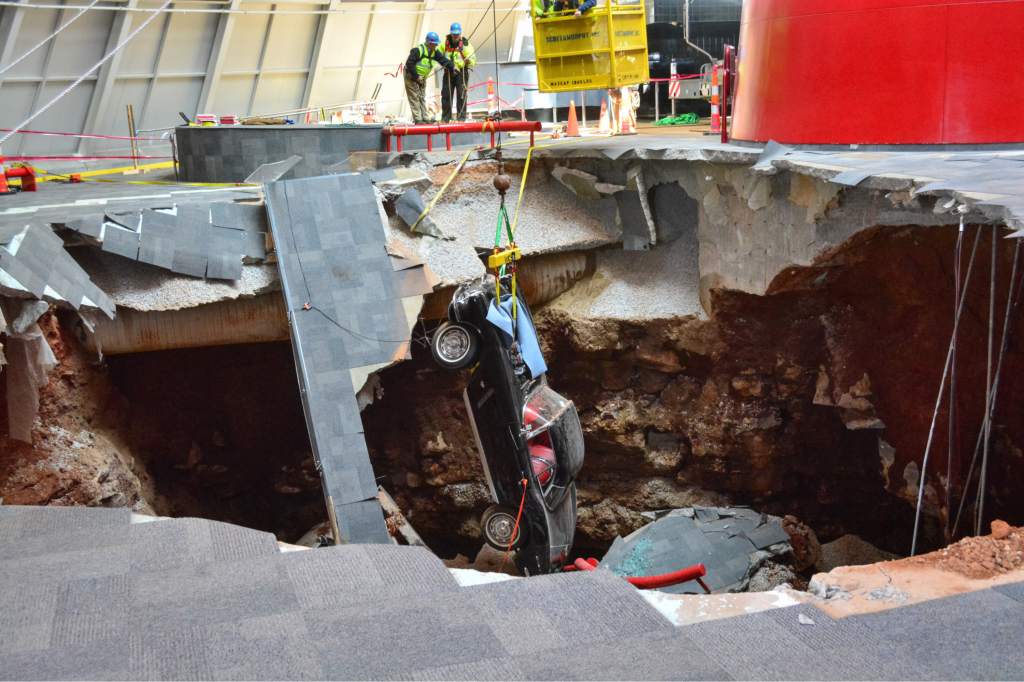 A crane is used to remove the black 1962 Chevrolet Corvette from the sinkhole at the National Corvette Museum on Tuesday 4 March 2014 in Bowling Green, Kentucky.

This 1962 Corvette, above, along with seven other Corvettes, fell into a sinkhole during the early morning hours of 12 February. This is the third Corvette to be extracted. Despite landing tail-down in the debris, the 1962 Corvette sustained minimal damage. The rear end has only a minor crack in the fascia; the bumpers, tail lamps, and license plate appear OK. The worst damage is an eight-inch split in the right front fender, and golf-ball-size hole where the front fascia was resting against the concrete. The recovered Corvettes will be shipped to a small specialty shop within General Motors Design in Warren, Michigan for restoration.