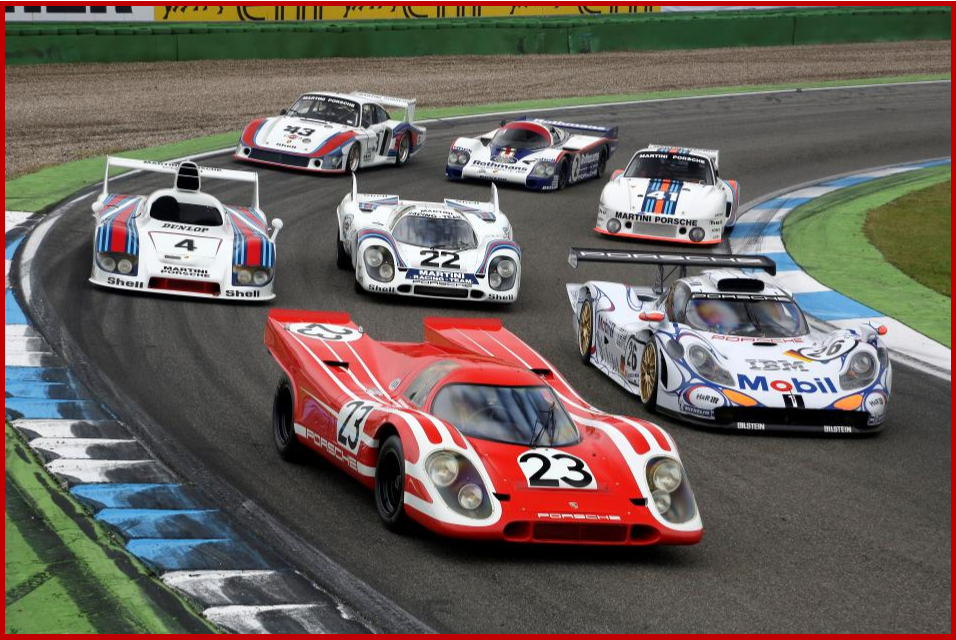 This is key to preparation for the 24 hours of Le Mans – the race that is the gold standard for sports car makers, marketers and enthusiasts who still like road racing with right and left turns, local yellow flags and running at night and in the rain. It’s traditionally a European dominated race that has entrants with storied marque histories for as long  or longer than LeMans.

So with few exceptions – such as Ford Motor and Mazda – names built on mechanical genius like Porsche, Aston Martin, Ferrari, Bentley, Mercedes -Benz, Jaguar – to name a few – are on the starting grid as avatars of our mechanical past. More than a trophy and champagne is involved – this is the the grand symphony of celebration of the roaring exhaust and burnt/squealing rubber set.

The Toyota Gazo0  racing operation – Gazoo is hopelessly lost in my translation here, meaning “picture or image” in our admittedly wildly deficient Japanese language skills – took the 11th pole position in its WEC history, but, more importantly, it is the first pole since Toyota’s home -circuit Fuji race in 2014. (Toyota Finally Wins a WEC Race at 6 Hours of Fuji, and Audi Dumps World Endurance Cup Racing and Le Mans after 18 Years of Success for Boring Formula E?)

Further down on the starting grid – but in what are equally exciting – if not more competitive racing battles – there were intriguing developments in the other three classes. There is a battle royal between multiple manufacturers in the LM GTE Pro class that allow us hacks to start our – sometime informed, sometimes woefully deficient  – electronic scribbling for the endurance racing season ahead. It’s looks to be a great season on the circuits no matter how we cover it.

Porsche, the reigning world champion team, will start third and fourth today on the grid for the season’s opening race of the FIA World Endurance Championship in Silverstone (GB) with the two 919 Hybrids.

Porsche claims that for “strategic reasons,” its Le Mans prototypes approach the fast Formula One circuit in Britain with significantly less aerodynamic downforce than the track would require. Exec summary – Le Mans is the real race for Porsche, everything else is practice – expensive practice. Some of this is pure racing psychology designed to intimidate others. The Germans, of course, can afford a different aerodynamic setup for the English midlands race, but claimed otherwise.  (Porsche Clinches WEC Manufacturer’s Title at Shanghai)

In WEC, the average of the two fastest laps of two drivers is the qualifying result. At Silverstone, the qualifying Porsche drivers were Neel Jani (CH) and Nick Tandy (GB) in car number 1 – numbered for its winning championship last season. They finished third (1:38.615 minutes). Timo Bernhard (DE) and Brendon Hartley (NZ) shared qualifying in car number 2 and came fourth (1:39.063 minutes).

Note how close the P2 cars are to the latest P1 cars: This is the beauty and the beast of endurance car racing – multiple classes, with a race track filled bumper-to-bumper with competitive drivers – arguably the very best in the world – and supported by teams as good as anywhere in the racing universe.

From a spectator’s point of view, they are all  fighting – no matter the class – the complications of different speeds and/or changing weather or track conditions that makes the racing delightedly unpredictable, decidedly intriguing –  and in AutoInformed’s grey-bearded view the best smoking rubber laid down on the road anywhere in the world. (The four constructors in LMP2 are: Dallara (Italy-United States), Onroak Automotive (France), Oreca (France-United States) and the joint-venture Riley Tech/Multimatic (USA, Canada and the United Kingdom). With a straight face and apparently un-growing noses allows them to make the claim that it is less expansive racing.

Ford Chip Ganassi Racing has taken pole position with the #67 Ford GT of Andy Priaulx (GB), Harry Tincknell (GB) and Pipo Derani (BRA) will line up in first place in the GTE Pro class. With the sister #66 Ford GT of Stefan Mücke (GER), Olivier Pla (FRA) and Billy Johnson (US) close behind in fourth place. Aston Martin, Ford, Ferrari and Corvette. Will be running fender- to-fender in this and the so-called amateur class. There’s another longstanding tradition at play here behind the wheels – the sportmans gentleman at play on fields other than Eton. (New Porsche 911 RSR for Le Mans and Endurance Racing, WEC GT Class – Porsche Drivers for New 911 RSR)

“That’s the way to start a new season,” said WEC Team Principal, George Howard-Chappell. “It was a fantastic effort from the guys on the #67 car with Andy being fast straight out of the box, followed up by Harry. The new Michelin tires (we interrupt this electronic scribbling for an outrageous and craven commercial break) for 2017 are working exceptionally well so let’s see what the race brings. It was a little bit disappointing for #66. We went slightly astray with the set up over lunch, but I’m sure we can fix that.”

Nonetheless, there’s a battle looming between multiple manufacturers in LM GTE Pro that will spew – exhaust like – and the makers’ marketers hope noisily – into a parcel and a peck of digital stories with celebrity filed sidebars after today, and for the season ahead.

Aston Martin, Ford, Ferrari and Corvette are in the thick of it with cars that look like something a punter could buy (whether he or she could drive it fast and well for hours is another matter). In the past, Porsche has arguably – and controversially – pushed the limits of the 911 – in 1996 with the 911 GT1. In 1998, the 911 GT1 achieved the 16th overall victory for Porsche at the Le Mans 24-hour race. Back then, the fastest vehicle in the field was in the GT1 class as the ruinously expensive, but endlessly exciting LMP1 class did not then exist.

During the 2017 season, the German factory is expected to run the new 911 RSR at 19 races, which equates to more than 140 hours of racing. With two factory-entries, Porsche will take on what is arguably, well, AutoInformed says unarguably – the most exciting racing today – the FIA World Endurance Championship (WEC) including the 24 Hours of Le Mans, as well as the American IMSA WeatherTech Championship.

Four Ford GTs will compete at the 2017 Le Mans 24 Hours that is arguable the world’s most famous – pace Brooklands, Daytona, Sebring and Watkins Glen fans. The Ford Chip Ganassi Racing team’s 2016 victory came 50 years after an historic 1-2-3 finish for Ford at the 1966 Le Mans 24 Hours. Ford also won the race in 1967 when Dan Gurney (US) and A. J. Foyt (US) piloted the Ford GT40 to victory, giving the team another target to hit this time around.

“When we came to Le Mans last year there was a lot of pressure on the team to deliver a win to commemorate the Ford GT40 1-2-3 finish in 1966,” said Raj Nair, executive vice president of Global Product Development and chief technical officer, Ford Motor Company. “It was fantastic to win but we will not rest on our laurels. We return to Le Mans in June with another year of experience racing the Ford GT behind us, seven wins including the 2016 Le Mans 24 Hours and the 2017 Rolex 24 at Daytona, and we can’t wait to compete again at this incredible event.”

Today is the start.