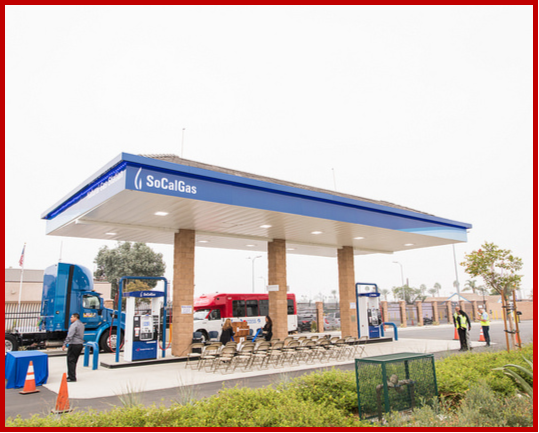 Renewable natural gas (RNG) is produced from the methane generated in landfills, wastewater treatment plants, food processing and dairies and depending on its source, can be low-carbon or in some cases, even carbon-negative. It can be used to fuel trucks and buses, to generate electricity, to heat homes and businesses, and to cook. Capturing the methane from these waste sources and using it for fuel has two benefits: It keeps methane, a greenhouse gas, from entering the atmosphere and contributing to climate change, and it reduces the use of traditionally-sourced natural gas.

Last month, the utility received approval from the California Public Utilities Commission for a pilot program to purchase the renewable fuel and capture the additional environmental credits generated. It just published a Request for Offer (RFO), and expects to complete gas purchase agreements soon.

SoCalGas has supported the implementation of California Senate Bill (SB) 1383, considered the most aggressive law in the nation designed to tackle short-lived climate pollutants. Last year, SoCalGas worked with other natural gas utilities in the state to solicit the dairy biomethane pilot projects required by the legislation.

Consumer Polls
Research shows nine out of 10 California families use natural gas in their homes and prefer it by a margin of 4 to 1 over electricity. In addition, strong majorities of consumers – nearly 80% – prefer to use natural gas for cooking in their homes, and nearly two-thirds of consumers believe gas is their most affordable energy choice.

According to a recent study by Navigant Consulting, replacing 16% of the traditional natural gas supply with renewable gas can achieve greenhouse gas (GHG) reductions equivalent to converting 100 % of buildings to electric-only energy by 2030. By using a mix of both in- and out-of-state resources, the renewable natural gas strategy is three times more cost effective in reducing GHGs than an electrification pathway.

SoCalGas
Headquartered in Los Angeles, SoCalGas is the largest natural gas distribution utility in the United States. SoCalGas delivers natural gas service to 21.8 million customers across 24,000 square miles of Central and Southern California, where more than 90% of residents use natural gas for heating, hot water, cooking, drying clothes or other uses. Natural gas delivered through the company’s pipelines also plays a key role in providing electricity to Californians—about 60 % of electric power generated in the state comes from gas-fired power plants.

SoCalGas is committed to investing in its natural gas system infrastructure, while keeping bills affordable for our customers. From 2013 through 2017, the company spent nearly $6 billion to upgrade and modernize its natural gas system to enhance safety and reliability. The company is also committed to being a leader in the region’s clean energy future, and is working to accelerate the use of renewable natural gas from dairy farms, landfills and wastewater treatment plants and the development of renewable energy storage technologies. SoCalGas is a subsidiary of Sempra Energy (NYSE: SRE), an energy services holding company based in San Diego.