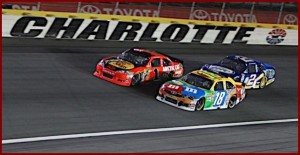 Thus far in 2012, as in 2011, Speedway maintained reduced ticket prices to help counter what it said remained “tough economic times.”

Because many tickets and corporate marketing arrangements are sold well in advance of scheduled events, Speedway said it might take relatively longer for SMI’s results to reflect sales growth as economic conditions improve.

“Although SMI’s first quarter results were within our expectations, they reflect the continuing impact of high unemployment and fuel prices on our core fan base,” stated Marcus G. Smith, Chief Operating Officer and President of Speedway Motorsports.

Thus far in 2012, as in 2011, Speedway maintained reduced ticket and other prices to help counter what it said remained “tough economic times.” At the close of 2011 Speedway had total permanent seating capacity of approximately 900,000, with 832 luxury suites at its tracks.