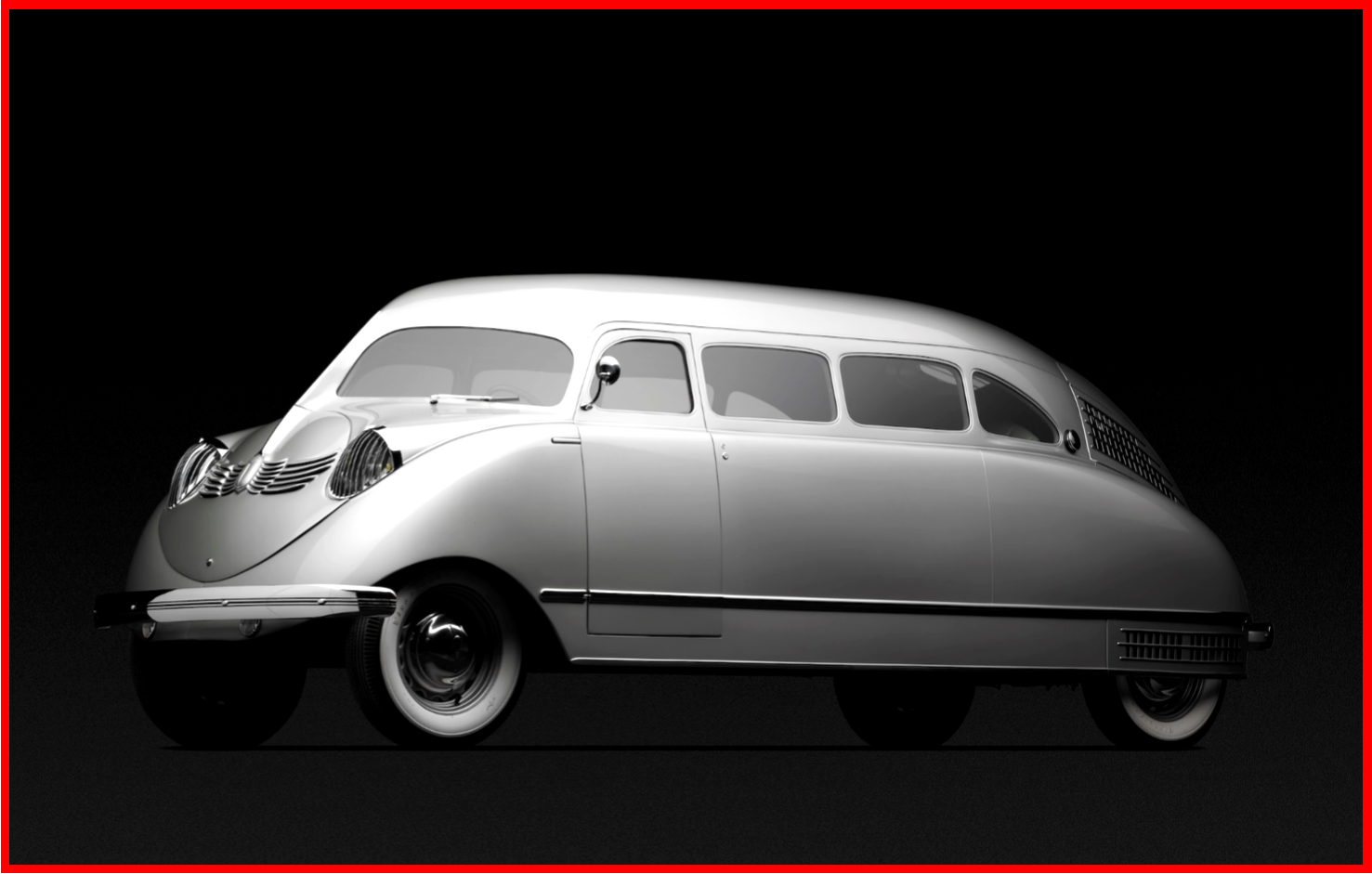 A 1936 Stout Scarab – one of nine made Stout Scarab – with a questionable claim to be the world’s first production ‘minivan’ – will be on display at Concours of Elegance in September.

The Scarab was the creation of automotive and  aviation engineer William Bushnell Stout. Inspired by ‘futurist’ architect and designer Buckminster Fuller and his tear-drop creation: the Dymaxion, Stout saw the Scarab as a production phenomenon in an age of uninspiring automotive design.

Then reality set in. The time-consuming coach-work and $5,000 price tag (~$100,000 today) meant failure, and the Scarab died after just nine were completed.

This particular Stout Scarab is also part of a war-time legend; it was claimed to be the scene of a meeting between General Eisenhower and Charles de Gaulle during the Second World War.

During the 1950s it was used by a circus owner, keeping monkeys in the car while they toured the continent. It was then sold on to a French industrial designer who had the vehicle placed in a museum in Reims.

The current owners had the vehicle restored in 2001 and have kept it in top condition.  This museum-worthy creation is a fantastic addition to the Concours of Elegance, joining some of the world’s rarest and unique automobiles in the gardens of Hampton Court.

There will be a display of one of every Aston Martin Zagato variant, a collection of the most important vehicles in Bentley’s 100-year history, and one of the  most significant Ferrari’s extant.

Adult tickets for this year’s Concours of Elegance start from £40, with children under five and minders entering free of charge. Visitors are also able to purchase hospitality packages, including VIP parking, three-course lunch, drinks reception and cream tea. Tickets at: http://www.concoursofelegance.co.uk/tickets

Ken Zino is an auto industry veteran with global experience in print, broadcast and electronic media. He has auto testing, marketing, public relations and communications expertise garnered while working in Asia, Europe and the U.S.
View all posts by Ken Zino →
This entry was posted in design and styling, people and tagged Aston Martin Zagato, auto industry commentary, autoinformed.com, Concours of Elegance of Hampton Court, Ken Zino, Stout Scarab. Bookmark the permalink.