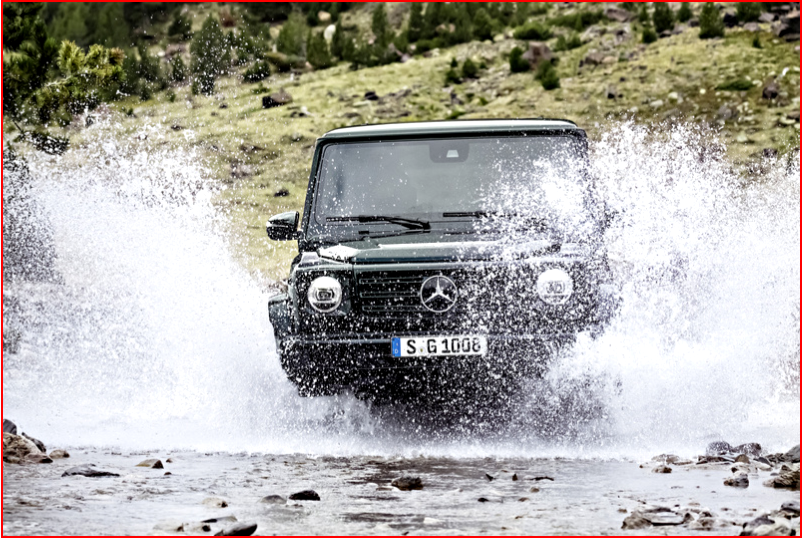 This appears to be a first. A recall for an electronic failure caused by fumes?

Mercedes-Benz USA  is recalling 6,517 2019-2020 G550 4MATIC SUVs. The German luxury car maker says that some model year 2019-2020 G-Class vehicles (463 platform) have a control unit of the differential locking module that might not meet current production specifications.  The driver will be made aware of the safety defect by an ABS and ESP message in the instrument cluster.

The electrical contact of a resistor might be impaired due to sulfur fumes originating from the axle oil. Due to a development “deviation” at the supplier Tollo Linear  of Sweden, a batch of electrical resistors don’t meet the requirements for chemical resistance.

In the required NHTSA filing Mercedes said: “ABS and ESP functions would be deactivated. The deactivation of these systems is consistent with the strategy for a locked differential and is a protective measure. It was also found that if the condition occurred at low speeds, as was consistent with most reports from the field at the time, the vehicle could be stopped safely, and braking performance was not affected. Subsequently, in December 2019, MBAG analyzed the effects of the condition at higher rates of speed. While field data indicates less than 2% of the reports occurred at higher operating conditions, on February 7, 2020, decided to conduct a recall to address the condition.”

Owners will be notified of the voluntary recall campaign approximately one week after launch to the dealers on April 14, 2020.