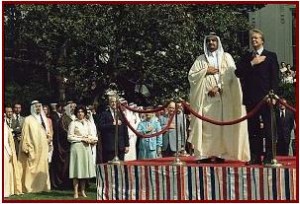 The United States Supreme Court today dismissed a petition by the American Fuel & Petrochemical Manufacturers or AFPM challenging an EPA regulation that allows for 15% ethanol in gasoline. Federal law establishes a renewable fuel mandate that requires gasoline producers to introduce significant amounts of renewable fuel such as ethanol into the Nation’s gasoline supply.

The petroleum trade group among other involved parties contends that EPA does not have authority under the Clean Air Act to allow the use of E15 in model year 2001 and newer vehicles, the newest EPA regulation contested.

“The Supreme Court’s decision denies the petitioners their day in court and will have negative repercussions for consumers. It is unfortunate that EPA’s decision to place politics ahead of science will stand,” claimed AFPM President Charles T. Drevna. The EPA did not immediately comment.

The D.C. Circuit Court, which first considered AFPM’s case, ruled that the refining industry lacked standing to challenge the EPA’s decision. This meant that refiners would have to produce new gasoline blend-stocks, invest in the infrastructure necessary, replace or augment retail fuel pumps to carry two types of ethanol fuels, and face potential liabilities from engine damage. AFPM challenged the legality of EPA’s decision because E15 in some cases causes engine damage in automobiles, boats and outdoor power equipment, such as chainsaws and lawnmowers.

The technical debate around ethanol use involves the fact that it is indeed corrosive, potentially breaking down engine and fuel system seals. Ethanol is also harder to ignite, but once an engine is running, it burns at higher temperatures, potentially damaging engine and exhaust system components, including air-cleaning catalytic converters. It is also not as fuel efficient as gasoline because of its lower energy density. Worse, studies show that corn-derived ethanol takes as much energy to produce as is available when finished.

As AutoInformed previously reported, this is a classic “who pays” case. A study released last May (funded by oil companies and automakers) said that automobile engines now being sold or already in use in production cars can be damaged if they run on E15. Problems includes damaged valves and valve seats, which can lead to loss of compression and power, diminished performance, misfires, engine damage, as well as poor fuel economy and increased emissions. Thousands of dollars in engine repairs could result from using the new fuel, whose use is mandated by Congress with the backing and campaign contributions of the agricultural lobby. (See EPA Grants E15 Fuel Waiver for Some Older Vehicles and Oil Refiners Sue Environmental Protection Agency to Stop E15 Ethanol Fuel Sales. Attack on EPA Broadens. )

The latest ethanol ruing comes as legal  and political opinions are becoming more skeptical about the alternative fuels that are required under the Republican Energy Independence and Security Act of 2007 that passed with widespread Democratic support. Its stated purpose was to have 20% of all fuel used in the U.S. by 2022 to come from U.S.-made renewable fuels to free the country from the ongoing national security and economic issues caused by importing foreign oil from totalitarian and terrorist-supporting nations. This Act built on the renewable fuel program adopted in the Energy Policy Act of 2005, which also had bi-partisan support. As a result, EPA oversees the so-called Renewable Fuel Standard, of which ethanol blends are part. (Editorial: Happy Fourth of July! More Independence Needed)

The U.S. Court of Appeals in Washington D.C. recently said that EPA’s 2012 requirement for refiners to use cellulosic biofuel – or to purchase credits instead – was illegal since no cellulosic ethanol fuel was produced last year that the refiners could blend into gasoline. The decision came from a lawsuit brought by the American Petroleum Institute, which is actively fighting alternative fuels.