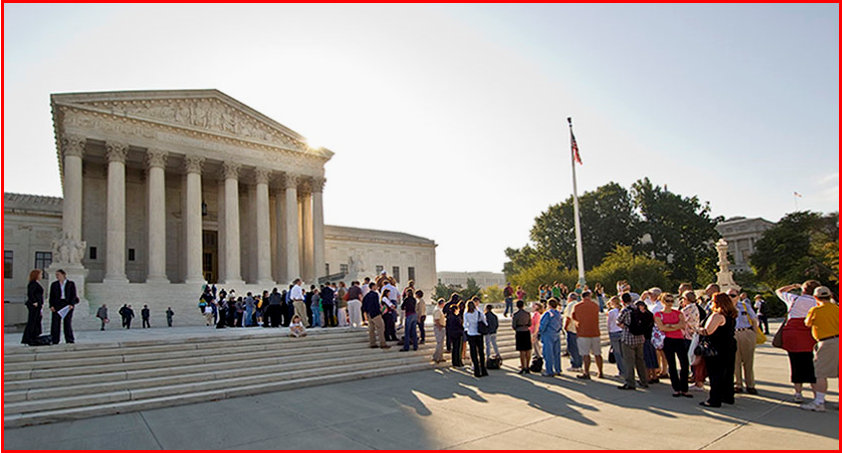 “When a driver is unconscious and cannot be given a breath test, the exigent-circumstances doctrine generally permits a blood test without a warrant.”

A new, divided from the Republican controlled SCOTUS upholds the ability for traffic officers to draw blood from suspected, unconscious drunk drivers without a warrant. Partly due to Driving Under the Influence of Drugs, many police agencies are adopting e-warrant systems to speed up the warrant process and avoid these complex situations. The blood analysis showed Mitchell’s BAC to be above the legal limit, and he was charged with violating two drunk-driving laws.

Gerald Mitchell was arrested for operating a vehicle while intoxicated after a preliminary breath test registered a blood alcohol concentration (BAC) that was triple Wisconsin’s legal limit for driving.

The arresting officer drove Mitchell to a police station for a more reliable breath test using evidence-grade equipment. By the time Mitchell reached the station, “he was too lethargic for a breath test, so the officer drove him to a nearby hospital for a blood test. Mitchell was unconscious by the time he arrived at the hospital, but his blood was drawn anyway under a state law that presumes that a person incapable of withdrawing implied consent to BAC testing has not done so.”

At trial Mitchell moved to suppress the results of the blood test on the ground that it violated his Fourth Amendment right against “unreasonable searches” because it was conducted without a warrant. The trial court denied the motion, and Mitchell was convicted. On certification from the intermediate appellate court, the Wisconsin Supreme Court affirmed the lawfulness of Mitchell’s blood test. It was appealed to the US Supreme Court.

Justice Alito, joined by The Chief Justice, Justice Breyer, and Justice Kavanaugh, concluded that when a driver is unconscious and cannot be given a breath test, the exigent-circumstances doctrine generally permits a blood test without a warrant. “The judgment is vacated, and the case is remanded.”

From the Decision the Opinion of Alito:

“The sequence of events that gave rise to this case began when Officer Alexander Jaeger of the Sheboygan Police Department received a report that petitioner Gerald Mitchell, appearing to be very drunk, had climbed into a van and driven off. Jaeger soon found Mitchell wandering near a lake. Stumbling and slurring his words, Mitchell could hardly stand without the support of two officers. Jaeger judged a field sobriety test hopeless, if not danger­ous, and gave Mitchell a preliminary breath test. It regis­tered a BAC level of 0.24%, triple the legal limit for driv­ing in Wisconsin. Jaeger arrested Mitchell for operating a vehicle while intoxicated and, as is standard practice, drove him to a police station for a more reliable breath test using better equipment.

“On the way, Mitchell’s condition continued to deterio­rate—so much so that by the time the squad car had reached the station, he was too lethargic even for a breath test. Jaeger therefore drove Mitchell to a nearby hospital for a blood test; Mitchell lost consciousness on the ride over and had to be wheeled in. Even so, Jaeger read aloud to a slumped Mitchell the standard statement giving drivers a chance to refuse BAC testing. Hearing no re­sponse, Jaeger asked hospital staff to draw a blood sam­ple. Mitchell remained unconscious while the sample was taken, and analysis of his blood showed that his BAC, about 90 minutes after his arrest, was 0.222%.

“Mitchell was charged with violating two related drunk­ driving provisions. See §§346.63(1)(a), (b). He moved to suppress the results of the blood test on the ground that it violated his Fourth Amendment right against “unreason­able searches” because it was conducted without a warrant. Wisconsin chose to rest its response on the notion that its implied-consent law (together with Mitchell’s free choice to drive on its highways) rendered the blood test a consensual one, thus curing any Fourth Amendment problem. In the end, the trial court denied Mitchell’s motion to suppress, and a jury found him guilty of the charged offenses. The intermediate appellate court certified two questions to the Wisconsin Supreme Court: first, whether compliance with the State’s implied-consent law was sufficient to show that Mitchell’s test was consistent with the Fourth Amendment and, second, whether a warrantless blood draw from an unconscious person violates the Fourth Amendment. See 2018 WI 84, 115, 383 Wis. 2d 192, 202-203, 914 N. W. 2d 151, 155-156 (2018). The Wisconsin Supreme Court affirmed Mitchell’s convictions, and we granted certiorari, 586 U. S. (2019), to decide “[w]hether a statute authorizing a blood draw from an unconscious motorist provides an exception to the Fourth Amendment warrant require­ment.”