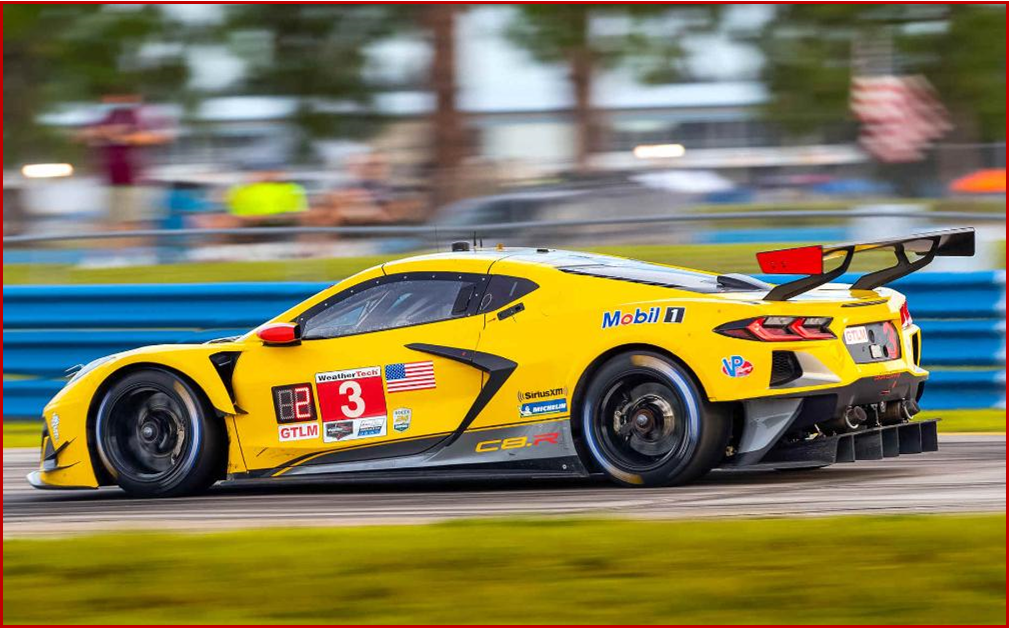 “This means a lot. Our last win was at VIR in 2017. From then until now, you look at all the times we finished second and how many times we could have won a race,” said Garcia.

Corvette Racing earned the first victory with the new Chevrolet Corvette C8.R, and the team won the 100th time in IMSA competition Saturday as Antonio Garcia and Jordan Taylor claimed the IMSA WeatherTech 240 at Daytona.

The race in GTLM had multiple tire strategies. Both Corvettes opted to begin the race on slick Michelin tires despite the wet surface. Gavin, after leading a Corvette 1-2 in qualifying earlier in the day, began first but Taylor was one of quickest drivers in the class early on and managed to go one lap longer on fuel than most of his GTLM competitors during his opening stint.

Meanwhile, Gavin clawed back from a tough start to regain the lead at the end of his first run before handing off to Milner for the final two stints in the No. 4 Corvette. He led at the time of his final stop with 55 minutes left but had to save fuel to prevent an extra pit stop to finish the race.

As Taylor did in his stint, Garcia went a lap longer than most of his competitors in his first run and emerged directly behind Earl Bamber’s Porsche with 51 minutes go as the two stopped on the same lap. Patience paid off for Garcia, who made the winning pass with 31 minutes left and set fastest GTLM lap of the race in the process.

Garcia took the GT Le Mans (GTLM) checkered flag by 1.977 seconds in the No. 3 Mobil 1/SiriusXM Chevrolet Corvette C8.R. He drove nearly two hours to the finish after Taylor drove a challenging single stint on a damp but drying track at the start.